Written by the educators who created Ecofying Cities, a brief look at the key facts, tough questions and big ideas in their field. Begin this TED Study with a fascinating read that gives context and clarity to the material.

Right now, our economy operates as Paul Hawken said, "by stealing the future, selling it in the present and calling it GDP." And if we have another eight billion or seven billion people, living on a planet where their cities also steal the future, we're going to run out of future really fast. But if we think differently, I think that, in fact, we can have cities that are not only zero emissions, but have unlimited possibilities as well.
Alex Steffen

The urgency of urban planning today

Within a few decades' time, we can expect the planet to become more crowded, resources more precious, and innovative urban planners increasingly important. By midcentury, the global population will likely top nine billion, and more than half will live in cities. What will these cities look like? Will we have the resources to power them and comfortably provide for their residents? Will global urbanization harmonize with efforts to curb climate change and secure a sustainable future, or are these forces hurtling towards a head-on collision?

The TED speakers featured in Ecofying Cities underscore the urgency, but also suggest that some optimism's in order as they outline the issues and offer imaginative solutions.

There's no single reason for or response to the complex environmental, economic and social challenges that are part of our future in cities. They call for multiple approaches, originating from different sources — individuals, communities, governments, businesses — and deployed at different levels — in the home, the neighborhood, the city, region, nation and across the globe — to respond to the challenges at hand. As Alex Steffen reminds the urban planners, architects, designers, elected leaders and others involved in the effort, "All those cities are opportunities."

Urbanism and the environment: A brief history

For centuries, successful city-building has required careful attention to the environmental consequences of urban development. Without this, as Jared Diamond demonstrated in Collapse: How Societies Choose to Fail or Succeed, a city inevitably ended up fouling its nest, thus entering a spiral of epidemics, economic hardship, decline and, ultimately, oblivion. Civilizations evolved different ways of dealing with environmental considerations — some with more success than others. For example, thanks to elaborate aqueducts and sewer systems, the Romans were able to build and sustain for centuries large cities that featured a reliable public water supply and state-of-the-art public health conditions.

In other civilizations, however, residents simply abandoned cities when they could no longer rely on their environment to supply the resources they needed. Often this was a direct result of their own activities: for example, deforestation and the attendant erosion of fertile soil, epidemics due to contaminated water and, with the advent of coal-fired industrialization, air pollution.

Urban planning got its start as a profession largely dedicated to averting different types of crises arising from urban growth and providing conditions for public health. This was particularly true in the many 19th century European and North American cities transformed by industrialization and unprecedented rates of population growth. Rapidly deteriorating air and water quality made it necessary to introduce regulations to protect the health of the residents of these cities.

The planners' first-generation improvements included sewers, water treatment and distribution, and improved air quality through building codes and increased urban green space. It's especially remarkable today to think that these interventions were adopted in response to observable health consequences, but without knowledge of the contamination mechanisms at work: germ theory didn't arrive on the scene until Louis Pasteur published his work in the 1860s. From the late 19th century onward Pasteur's findings bolstered the case for even more urban sanitation improvements, particularly those designed to improve water quality.

Starting in the 1950s, however, planners no longer narrowly targeted immediate health effects on urban residents as their chief environmental concern. Their work also absorbed and reflected Western society's deeper understanding of, and respect for, natural processes and growing awareness of the long-term environmental impacts of cities from the local to the planetary scale.

Rachel Carson is often credited as the first to popularize environmentalism. Published in 1962, her landmark book Silent Spring sounded a warning call about how pesticides endanger birds and entire ecological systems. Soon after, air pollution became a rallying point for environmentalists, as did the loss of large tracks of rural and natural land to accelerated, sprawling development. Today, sustainable development and smart growth, which largely overlap and address multiple environmental considerations, enjoy wide currency; most urban planning is now based on these principles.

Today, as we reckon with population growth, advancing rates of urbanization, and widespread recognition of climate change, we know that the cities of the future share a common destiny. The choices we make about how we build, inhabit and maintain these cities will have global and long-term effects.

In modern urban planning, there are two general categories of sustainable development. The first doesn't challenge the present dynamics of the city, allowing them to remain largely low-density and automobile-oriented, but still makes them the object of measures aimed to reduce their environmental load (for example, green construction practices). Ian McHarg spearheaded this approach as a way to develop urban areas in harmony with natural systems; the planning principles he formulated gave special care to the preservation of water and green space. His lasting influence is visible in many of the more enlightened suburban developments of recent decades which respect the integrity of natural systems. Today, the Landscape Urbanism movement promotes these same ideas.

A second school of urban development focuses on increasing urban density and reducing reliance on the automobile. This approach advocates transit-oriented and mixed-use development along pedestrian-friendly "complete streets." On a regional scale, it aims to reduce sprawl by creating a network of higher-density multifunctional centers interconnected by public transit. Today, it's common for plans with a metropolitan scope to follow this approach.

Studying the city: About these materials

Cities are arguably the most complex human creation (with the possible exception of language) so it's not surprising that we study them at multiple scales and from diverse perspectives. We can approach cities through a narrow focus on an individual building or a neighborhood, expand the investigation to consider a metropolitan region in its entirety, or study the global system of cities and its interconnections. What's more, we can think about cities as built environments, social networks, modified ecologies, economic systems and political entities. Aware of the multiple ways that we engage with cities, the Romans had two words to refer to them: urbs referred to the physical city with its wall and buildings, and civitas, the city as a collection of residents.

Ecofying Cities explores urban areas at different scales. In some cases, the TED speaker focuses on a neighborhood project, like The High Line in Manhattan; others describe city-wide transformation, as in Curitiba, Brazil, or a regional or national initiative like China's plan for a network of eco-cities to house its growing urban population. Likewise, the talks explore cities from different disciplinary perspectives including urban planning, urban design, transportation planning, architecture, community organization and environmental science. What unites them all? A commitment to sustainability and a belief that sustainability is more about creating positive effects rather than reducing negative impacts.

The message emanating from Ecofying Cities is one of complexity, optimism and uncertainty. We can't be sure that the changes these speakers suggest will be enough to help us balance supply and demand in the sustainability equation. But we can expect that their ideas and efforts will improve the built environment — as well as quality of life — in cities, thereby providing hopeful perspectives for a sustainable future.

Let´s begin with writer and futurist Alex Steffen´s TEDTalk "The Sharable Future of Cities" for a look at the interplay between increasing urban density and energy consumption. 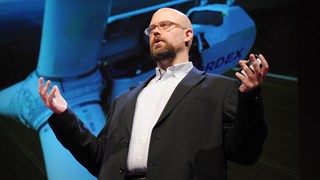 A song of the city 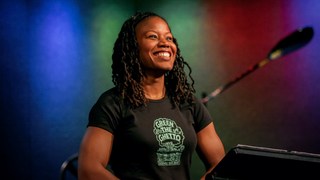 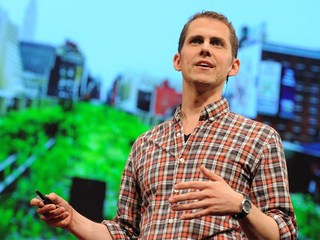 Building a park in the sky 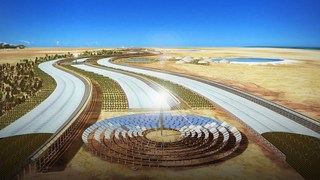 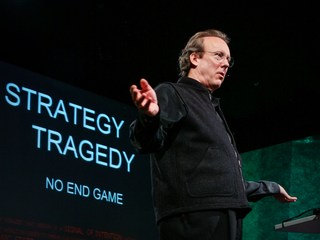 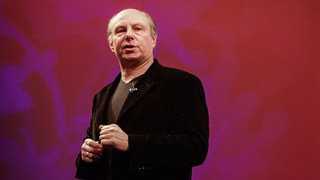 The ghastly tragedy of the suburbs 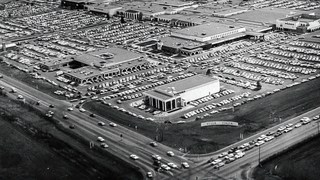