Am I Normal? with Mona Chalabi

We all want to know if we’re normal—do I have enough friends? Should it take me this long to get over my ex? Should I move or stay where I am? Endlessly curious data journalist Mona Chalabi NEEDS to know, and she’s ready to dive into the numbers to get some answers. But studies and spreadsheets don’t tell the whole story, so she’s consulting experts, strangers, and even her mum to fill in the gaps. The answers might surprise you, and make you ask: does normal even exist?

Am I Normal? with Mona Chalabi is produced in partnership with Transmitter Media. 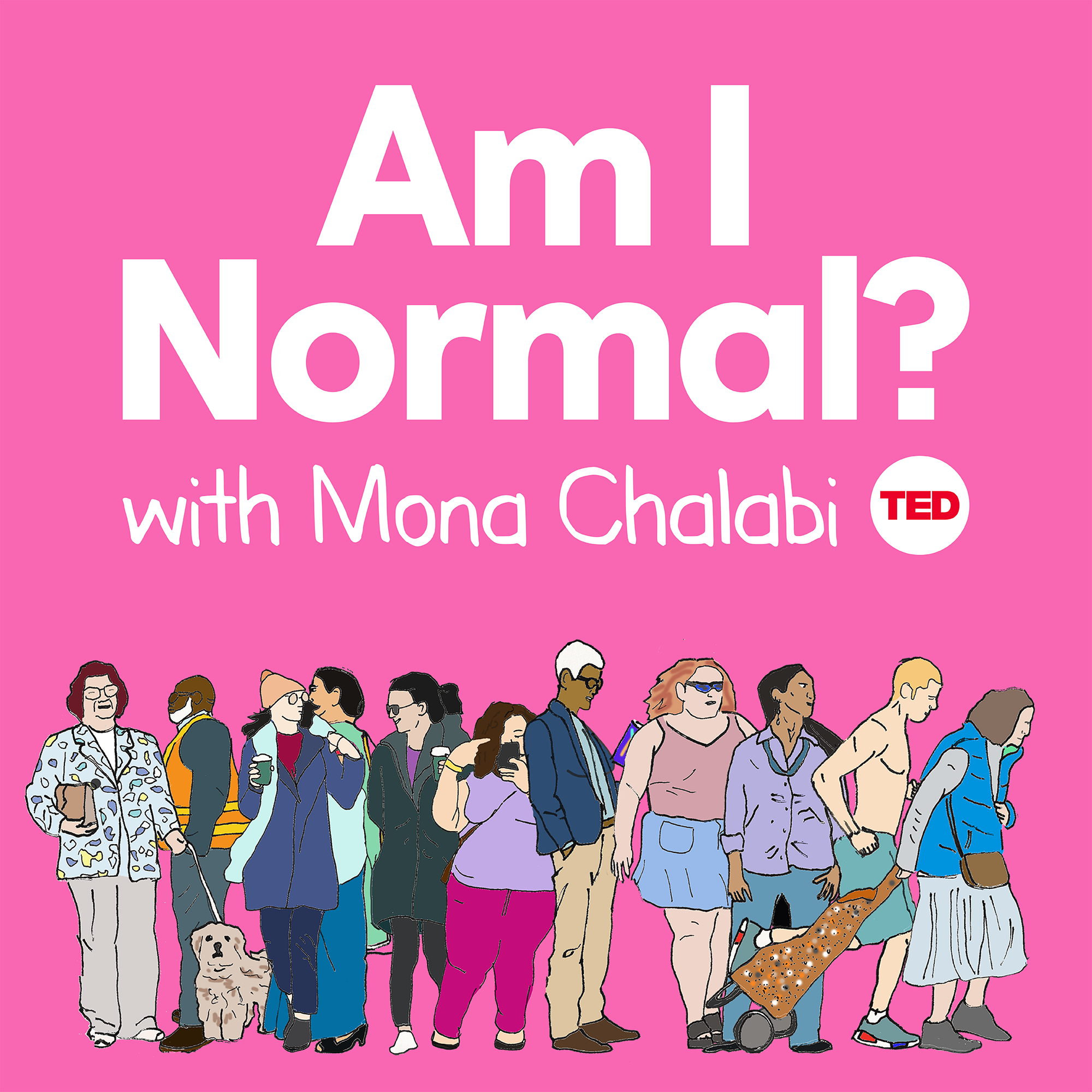 Mona Chalabi is a data journalist who lives in New York City.

She is a writer. Her work has appeared in The New Yorker, The New York Times, The New York Review of Books, New York Magazine, The Guardian and many more. She has written for radio and TV including NPR, Gimlet, Netflix (The Fix), BBC (Is Britain Racist? Radio 4 and The Frankie Boyle show) and National Geographic (Star Talk).

She is also an illustrator whose work has been commended by the Royal Statistical Society. Her work has been exhibited at several galleries including the Tate, The Design Museum and the House of Illustration.

Lastly, she’s a producer and presenter. She’s one half of the team that created the Emmy-nominated video series Vagina Dispatches. And she presented and produced the audio experiment Strange Bird.

Before she became a journalist, Mona worked with large data sets in jobs at the Bank of England, Transparency International and the International Organization for Migration. She studied International Relations in Paris and studied Arabic in Jordan. Mona was born and raised in London.

When will I get over my breakup?

How many friends do I need?

Is my dentist scamming me?

Should I stay or should I go?

The Spermageddon is coming

Which box do I check?

Should you break the law?

Is it really that bad to marry my cousin?

Am I Normal? with Mona Chalabi: A New Podcast from the TED Audio Collective

Am I Normal? with Mona Chalabi, the newest podcast from the TED Audio Collective, launches on October 18. Mona is a data journalist who uses illustrations to make huge sets of statistics understandable. She’s written for_The New Yorker, the New York Times, The Guardian_ and many more.

“If you hate math because you think it’s way too abstract, I get it,” she says. “My job is to convince you that data is deeply personal and that it’s not so hard to understand once you’re given the right tools. I think TED does a similar thing: they make research accessible to everyone, and really value the power of following your curiosity. So partnering together seemed like a really good fit. And it was a good fit!”

Season one will consist of eight episodes, each accompanied by a short video released on TED.com, YouTube and TED’s social channels.