Deepen your understanding of The Deep Ocean with these carefully crafted educational exercises that let you get the most out of this TED Studies subject.

Imagine that on behalf of a government agency (e.g., U.S. congressional subcommittee), you are organizing an important hearing concerning the deep ocean. You've invited all seven of the TED speakers featured in The Deep Ocean, among others, and have asked them to address the following questions:

How would each of the TED speakers answer these questions? Based on how their responses might be similar or different from one another's, how would you order the speakers on the hearing agenda, and why?

Locating and documenting hydrothermal vent ecosystems is very difficult and expensive. Using what you've learned from the explorers and scientists featured in The Deep Sea, outline a two month expedition to locate new hydrothermal vent ecosystems on one of the following ridge areas: the Pacific-Antarctic Ridge; the southern part of the South West Indian Ridge; or the southern Mid-Atlantic Ridge. Think about the equipment you would need. How would you locate the vents and how would you then document and sample them? You have a large research ship available for 55 days. If possible, compare your plans with those of your classmates and offer constructive feedback.

The UN Convention on the Law of the Sea specifies that the high seas and the resources they contain are "the common heritage of humankind". The UN International Seabed Authority is charged with managing mining on the seabed of the high seas. How is the commercial interest of nations balanced with the notion that the high seas "belong" to everybody? With colleagues or classmates, explore the following perspectives on seabed mining:

Debate the proposed mining of the vent site considering the value of the mineral resources, equitable sharing of profits, the conservation implications of the mining operation, and the ethical considerations of the proposal. Does it make a difference where the proposal is sited in terms of vent biogeography, levels of exploration and the spreading rate of the ridge?

Imagine you've been given the job of managing your nearest piece of ocean, from Territorial Waters (12 nautical miles off the coast) to the 4000m depth isobath. Develop a plan for ecosystem-based management of your part of the ocean, drawing upon the TEDTalks and recommended resources included in The Deep Ocean. Additionally, you may want to consult SimonThrush and Paul Dayton's 2010 article "What can ecology contribute to ecosystem-based management?" In your plan, consider: 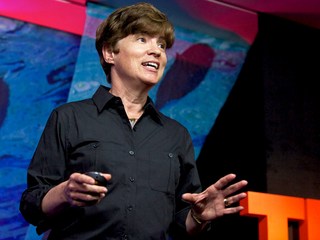 Glowing life in an underwater world 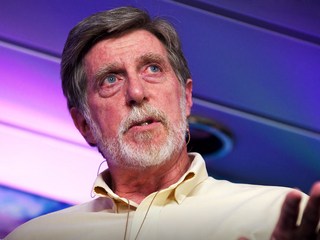