TED and Doha Debates have joined forces to explore the power of thoughtful debates and civil discourse in an increasingly polarized world. As tensions rise on the world stage, Doha Debates is building meaningful conversations across differences to find solutions to the world’s biggest challenges in a series of live debates, digital videos, podcasts, and interactive programs.

At the TEDSummit 2019 conference in Edinburgh, Scotland, Doha Debates hosted a solutions-focused live debate on globalization where experts from diverse perspectives argued its merits, consequences, and future. The debate’s participants, with the help of a conflict resolution expert, bridged differences, found some common ground, and agreed on recommendations to help ensure globalization benefits all. You can watch the full debate here.

TED and Doha Debates hosted a TEDSalon “Up for Debate” on January 16, 2019, in TED's New York City theater, exploring the future of human conversation and how constructive engagement is achievable.

Clint Watts: Conversations with a terrorist

In 2013, blogger and counterterrorism expert Clint Watts used Twitter to interact with someone who would otherwise be difficult to talk to -- Omar Hammami, a member of the Islamist militant group al-Shabaab. Drawing on his military training, Watts persuaded Hammami to share stories, jokes and details about his ideology. In the end, Watts concludes "that often, there's very little that separates the terrorists and the counter terrorists that hunt them."

Watch this talk
Eve Pearlman: How to lead a conversation between people who disagree

In a world deeply divided, how do we have hard conversations with nuance, curiosity, respect? Veteran reporter Eve Pearlman introduces "dialogue journalism": a project where journalists go to the heart of social and political divides to support discussions between people who disagree. See what happened when a group that would have never otherwise met -- 25 liberals from California and 25 conservatives from Alabama -- gathered to talk about contentious issues. "Real connection across difference: this is a salve that our democracy sorely needs," Pearlman says.

Watch this talk
Rana Abdelhamid: 3 lessons on starting a movement from a self-defense trailblazer

At 16, Rana Abdelhamid started teaching self-defense to women and girls in her neighborhood. Almost 10 years later, these community classes have grown into Malikah: a global grassroots network creating safety, power and solidarity for all women. How did she do it? Abdelhamid shares three ingredients for building a movement from the ground up.

Watch this talk
Reniqua Allen: The story we tell about millennials -- and who we leave out

Millennials are now the largest, most diverse adult population in the US -- but far too often, they're reduced to the worn-out stereotype of lazy, entitled avocado toast lovers, says author Reniqua Allen. In this revealing talk, she shares overlooked stories of millennials of color, offering a broader, more nuanced view of the generation. "Millennials are not a monolith," she says.

What does it mean to be civil? Journalist Steven Petrow looks for answers in the original meaning of the word, showing why civility shouldn't be dismissed as conversation-stifling political correctness or censorship. Learn three ways we can each work to be more civil -- and start talking about our differences with respect.

Watch this talk
Previous Next

TED shows short, thought-provoking films known as Interstitials at conferences and events to provide an emotional and intellectual breather for the audience. They serve as a palate cleanser between talks, so the audience can absorb diverse content with a refreshed mind.

Doha Debates teamed up with the TEDStudio to create five such interstitials, each intended to open the audience’s mind to the discussions they’re about to witness.

Each film is based on an ethic that Doha Debates considers essential to open minds and a healthy discourse. The films, below, focus on: Accountability, Empathy, Equality, Humanity, and Trust. 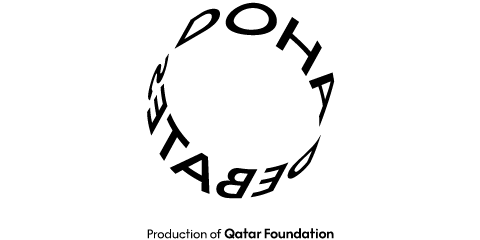