Start each day with short, eye-opening ideas from some of the world’s greatest TEDx speakers. Hosted by Atossa Leoni, TEDx SHORTS will give you the chance to immerse yourself in surprising knowledge, fresh perspectives, and moving stories from some of our most compelling talks. Less than 10 minutes a day, everyday. 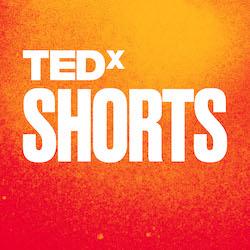 Atossa Leoni is the host of the TED podcast, TEDx SHORTS. She is an actress and performer who has been working since childhood in film, television, theater and audio books, and is fluent in five languages. Atossa recently appeared in Showtime’s award-winning television series, Homeland. Atossa played the female lead in the film adaptation of The Kite Runner, based on Khaled Hosseini’s best-selling novel. Directed by acclaimed filmmaker Marc Forster, the film received praise from critics and fans alike and won, among others, an Academy Award and two Golden Globe Awards, including the Golden Globe for Best Foreign Language Film, the BAFTA Award for Best Foreign Language Film and the Critic’s Choice Movie Award for Best Picture. Atossa played the female lead in the critically praised America So Beautiful, which was recognized at The Marrakech International Film Festival and was in competition at the Berlin Film Festival.