What does exercise do to your brain? Can psychedelics treat depression? From smart daily habits to new medical breakthroughs, welcome to TED Health, with host Dr. Shoshana Ungerleider. TED speakers answer questions you never even knew you had, and share ideas you won't hear anywhere else, all around how we can live healthier lives. 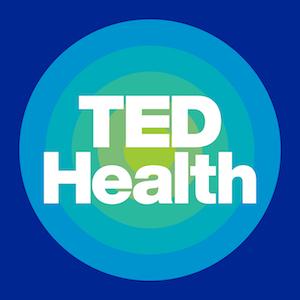 Shoshana Ungerleider, MD is the founder of End Well, a nonprofit dedicated to transforming the end of life experience, a practicing internal medicine physician at Crossover Health in San Francisco, and throughout the Covid-19 pandemic she found her passion for science and public health communication, appearing regularly as a medical voice on CNN, MSNBC, and CBS News. Her writing has been featured in TIME, Scientific American, the San Francisco Chronicle, Vox, STAT and many others.

Shoshana believes film is a powerful way to encourage a public dialogue around the end of life and executive produced the Netflix Academy Award-nominated short documentary, End Game, and funded Netflix’s documentary, Extremis. Her most recent film project, Robin's Wish, is a biographical documentary about the final years of actor and comedian, Robin Williams.

A lover of fitness and music, in her spare time, you can find Shoshana singing along to her Peloton bike ride.