About Outrage + Optimism
Face the climate crisis head on, but understand that we have the power to solve this. Hosted by Christiana Figueres, Tom Rivett-Carnac and Paul Dickinson this podcast about issues and politics will inform you, inspire you and help you realize that this is the most exciting time in history to be alive. 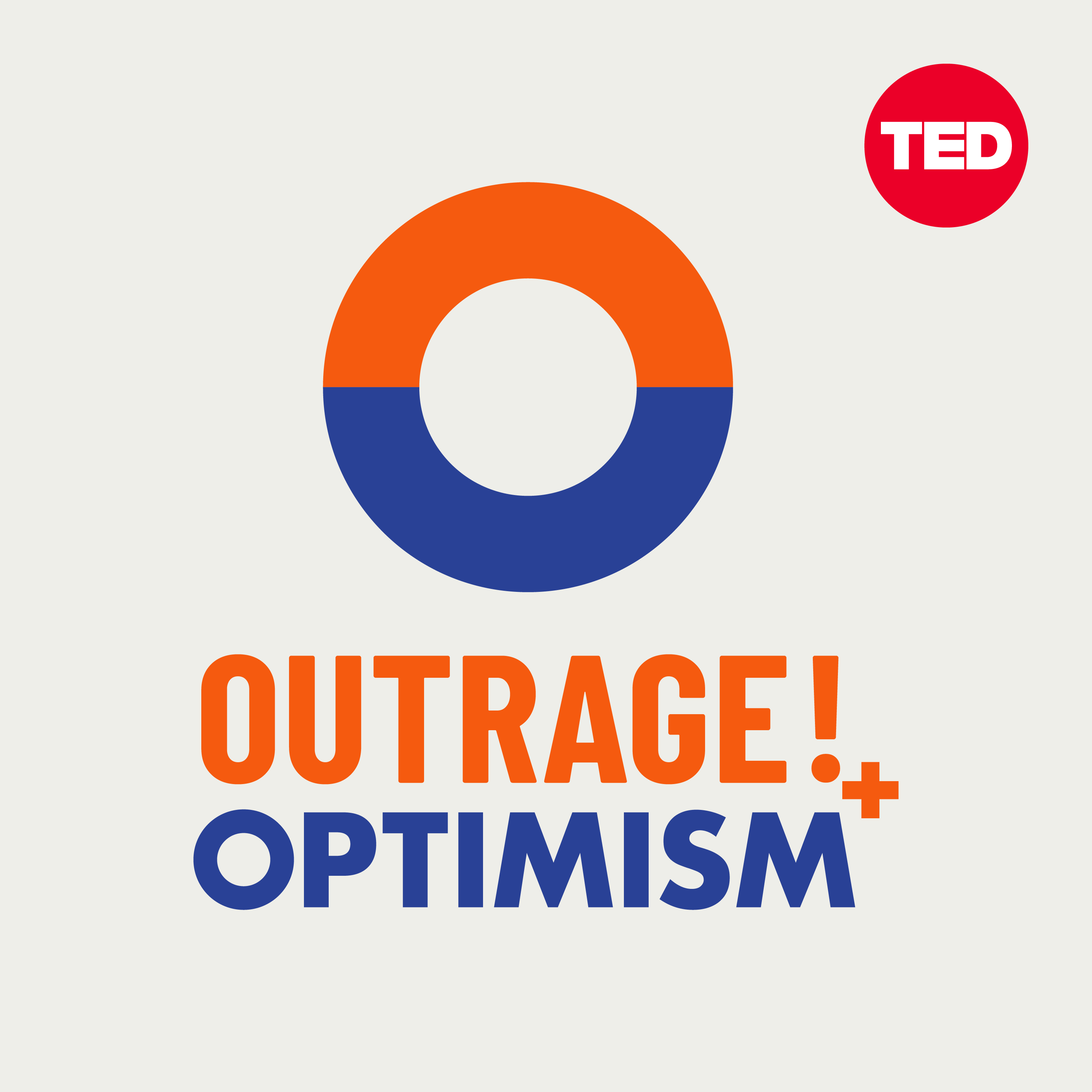 Christiana Figueres is an internationally recognized leader on climate action and steered the global diplomatic effort that culminated in the 2015 Paris Agreement. Figueres was the executive secretary of the United Nations Framework Convention on Climate Change (UNFCCC) from 2010 to 2016. Assuming responsibility for the international climate change negotiations after the failed Copenhagen conference of 2009, she was determined to lead the process to a universally agreed regulatory framework. Building toward that goal, she directed the successful Conferences of the Parties in Cancun 2010, Durban 2011, Doha 2012, Warsaw 2013 and Lima 2014, and culminated her efforts in the historical Paris Agreement of 2015.

Under this agreement, 195 sovereign governments agreed on a collaborative path to limit future global warming to well below two degree Celsius, and strive for one-and-a-half degrees Celsius in order to protect the most vulnerable in every nation. For this achievement, Figueres has been credited with forging a new brand of collaborative diplomacy, for which she has received multiple awards.

Since then, Figueres has continued to serve her one and only boss: the global atmosphere that protects our planet and is the ultimate basis of human well-being.

A political strategist focused on creating a better future, Tom Rivett-Carnac works at the highest levels of business and government to find creative ways to accelerate solutions to the climate crisis.

Rivett-Carnac has spent his career working on solutions to the climate crisis. He ran political strategy for the UN towards the Paris Agreement of 2015, widely regarded as one of the great achievements of global diplomacy. Since then he founded Global Optimism with Christiana Figueres, and from that platform he seeks to elevate and support individuals and entities that are delivering real change on the road to a regenerative future. He is an advisor at X (formerly Google X) and a founding partner at the Climate Pledge, in partnership with Amazon. He recently co-authored The Future We Choose and cohosts the weekly podcast Outrage and Optimism. Early in his career, he spent three years as a Buddhist monk in southeast Asia.

Paul Dickinson founded the Carbon Disclosure Project (CDP) in 2000 with an ambition of creating a global economic system that operates within sustainable environmental boundaries and prevents dangerous climate change. CDP represents over 560 investors with assets of over $97 trillion, and it uses this authority combined with the buying power of over 115 large corporations with annual purchases of over $3.5 trillion, to persuade over 8,400 large companies to report on their greenhouse gas emissions as well as strategy on climate change, water use and the drivers of deforestation. CDP make most of this data available to the public and service providers like Bloomberg, MSCI and many others.

Dickinson has authored various publications including the book Beautiful Corporations published in 2000 by Financial Times Prentice Hall. Dickinson is Chair of the Trustees of the NGO ShareAction as well as a Trustee of the Findhorn Foundation in Scotland where he has established a program of seminars and retreats now used by the responsible investment community as well as emerging social businesses. He is an advisor to the NGO Influence Map and is a trustee of the grant making Friends Provident Foundation.