Every weekday, TED Talks Daily brings you the latest talks in audio. Join host and journalist Elise Hu for thought-provoking ideas on every subject imaginable -- from Artificial Intelligence to Zoology, and everything in between -- given by the world's leading thinkers and creators. With TED Talks Daily, find some space in your day to change your perspectives, ignite your curiosity, and learn something new. 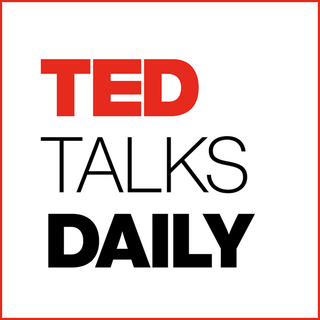 Elise Hu spent nearly a decade at NPR, appearing regularly on All Things Considered and Morning Edition. She filed stories from more than a dozen countries as an international correspondent and opened NPR’s first-ever Seoul bureau. She also created the Gracie-award winning video series Elise Tries. In 2009, Elise helped found The Texas Tribune, a nonprofit digital startup. She’s a University of Missouri-Columbia alum, a Council on Foreign Relations member, and on the board of Grist. She has won the national Edward R. Murrow and duPont Columbia awards, among others.

Using your own podcast client? Use our TED Talks RSS feed