Theme: It's time for change Adelaide!

TEDxAdelaide team brought to you TEDxChange 2013: Positive Disruption, an event created in cooperation with the Gates Foundation.

TEDxChange hosted by Melinda Gates looked at ways to have a positive impact on society, through advances in agriculture and technology, as well as the power of communities in creating change.

Tara comes from one of the oldest living civilizations and indigenous people in the world, which today is under constant oppression and war, her ultimate goal is to make sure the Kurdish people don't forget themselves so the world never forgets the Kurdish people.

Chris decided to revolutionise the accounting industry. His accounting firm disrupts the traditional way of doing business while bringing practices from agile start-ups to life.

Are people the experts in their own lives? If they are then engaging them to design new solutions to enable great living is vital. Today I will argue that a co-design approach is a positive step in creating meaningful, sustainable change for people, neighborhoods and communities.

Bryan is terrible at writing normally. But he excels in making people think just that little bit differently about the world, through quirky, funny and deep stories. He may trouble you, excite you, or make you feel warm. We’re not sure which.

Vinh will show us how the natural curiosity, innovation and wonder of magic can stimulate your imagination and a heightened state of thought where the impossible becomes possible.

Melinda Gates is co-chair of the Bill & Melinda Gates Foundation. Along with Bill Gates, she shapes and approves the foundation’s strategies, reviews results, and sets the overall direction of the organization. Melinda will host TEDxChange from the Gates Foundation campus in Seattle, Washington.

Cathleen Kaveny is an American legal scholar and theologian. She is a John P. Murphy Foundation Professor of Law and Theology at Notre Dame Law School, and is currently a visiting professor at Princeton University.

Roger Thurow joined the Chicago Council in January 2010 after three decades at the Wall Street Journal. For 20 years, he was a foreign correspondent based in Europe and Africa.

Julie Dixon is the Deputy Director of Georgetown University's Center for Social Impact Communication (CSIC), an academic initiative that examines the critical role of communication in fostering engagement in social change. 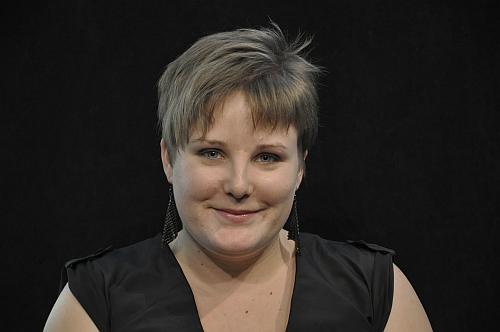