Theme: Looking Through The Mirror

This event occurred on
April 5, 2020
Llantwit Major, Vale of Glamorgan, The
United Kingdom 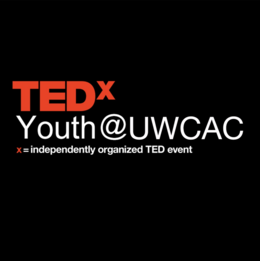 This TEDx event is the second hosted at the United World College of the Atlantic!

This is an exciting initiative by and for students surrounding themes like war, sexuality, sustainability, and so many more. With the theme 'Looking Through The Mirror' we hope for a day full of deep reflection into identity, society and the world we live in.

Please keep up with our social media to get regular updates on team members, speakers and many more!

Abhinav is a driven individual with a passion for the arts and human sciences. Born in the United States, he moved to India at the age of 6 and continued his schooling there up until the age of 16 when he joined Atlantic College. Having lived in India for most of his life, he experienced the skew between residing in liberal isolation in an increasingly conservative society, through which he became particularly passionate about ideological debates regarding social and political science. Having experienced 3 polarizing systems of education he firmly believes that there is a large gap between institutional understanding and enabling of students and the system within which they currently participate. This TEDx talk will consider the true educational value of liberal institutions through an analysis of one-dimensional teaching. What do we learn as students from supposedly progressive liberal institutions? Is attending such a school cultivating ideological homogeneity among future leaders?

Abreshmi is a Bangladeshi student currently in UWC Atlantic college. In her previous school, she was the President of the Community Service Club from where her interest towards the world started. After being a part of the club and seeing the daily struggles of the underprivileged, she along with a few of her friends started a foundation called Foundation 21. Their aim is to spread awareness regarding menstruation, break taboos and help the underprivileged will necessary sanitary needs as well as helping underprivileged children with education and necessities. She has always felt as if there weren’t enough talk about periods so she created a platform to Talk Period in Bangladesh. This passion to make a change led her to have broader discussions regarding menstruation and eventually apply for a TedX talk, a talk that people menstruating from all over the world can relate to and feel heard.

Society is ever-evolving and fast-changing, yet how is it that society is still set up to accommodate the majority and not the minorities? Agnieszka will talk about neuro differences from her own life experiences with personal anecdotes that give insights into the workings of an ‘atypical’ brain; brains that just 0.47% of the human population share the specific wirings of. She invites the audience to be curious as they explore the world of non-neurotypical biology with her. She illustrates how even an aspirational label such as ‘child genius’ can be dangerous, not only in negating the potential of the person to realise all of who they are but also how labels and their ascribed associations are limiting our evolution of humanity. Agnieszka became fascinated with human behaviour, psychology and justice from a young age. These interests became the passion behind her talks, articles and filmmaking.

Baher was born Syria in 2002. He had a nice family full of love and passion about education which was their biggest concern in life. Education and the love of learning were a big part in his life. Baher left Syria in 2014 when he was 12 because of the war and the events that his country had. Baher went to Lebanon afterwards to start a new life. He went to a good school and started studying there. In 2019, Baher has got a scholarship to study in one of UWC colleges around the world. Baher got to UWC Atlantic College in the UK, and now he is studying the IB diploma course for the next two years. Baher’s biggest dream in the world is to travel around the world. But he has the Syrian passport which is considered as one of the worst passports in the world in terms of visa free countries index, and the price as well; which made Baher becomes passionate about sharing his experience with people. So, he found the TED

Cato de Ruiter is sixteen years old and born and raised in Amsterdam. There she attended school until the age of 14 years when she decided to seek out experiential learning. She discovered her love for music and art and curiosity about the world. That curiosity brought her and her family, to move to Indonesia where she attended Green School Bali. “It is probably one of the riskiest things I have ever done but also one of the best things that ever happened to me.”There she discovered the importance of learning outside the classroom and volunteering. Following that experience, she later sought out UWC and got accepted to UWC Atlantic which also combines education with co-curricular experience. Now comparing all here experiences at these very different school systems she working to improve the future of education. With her talk ‘the quest of curiosity and future education’ she will share those educational experiences and discuss the future of education.

Why you should listen: Edward Picton-Turbervill is a teacher, author, and composer. He studied Music at St John's College, Cambridge, and then went on to do a Masters in Environmental Policy. His first book, Talking Through Trees, is a profound meditation on a particular set of trees, and his creative work focuses on our relationship with the natural world. He currently teaches music to students from all over the globe at UWC Atlantic, which is situated in a 12th-century castle by the sea. About the talk: Language shapes thought, and when we talk about abstract subjects, we almost invariably engage with them using metaphors. In this talk, Edward Picton-Turbervill deconstructs the metaphors that are used to describe economic growth, exposing how they lead to flawed reasoning, and explores the weakness of the current environmental counter-narrative. He goes on to propose new metaphors that could help in the transition to a sustainable economy.

Harmen van Liemt is a Dutch student at United World College Atlantic via the national committee of The Netherlands. He was raised in Curaçao and Hengelo, a small community in the east of Holland. Throughout his life he has visited many places, accumulating an international sphere of knowledge. He has a great passion for drama and playwriting and is intrigued by the portrayal of human behaviour in society. His future plan and dream is to study drama and contemporary music theatre at the Academy of Theatre and Dance in Amsterdam. His TEDx talk will be on how the human tendency to compartmentalise and label others results in internal conflicts and insecurity, consequently constraining one’s social inhibitions. It is important for Harmen to tell his story, as he hopes listeners will obtain a greater understanding of themselves and their peers through his own life experiences and realizations.

Jack Lyons is a current student at UWC Atlantic College in the United Kingdom. Originally from New York, he attended high school in Seville, Spain before enrolling at Atlantic College in 2017. He had become interested in sustainable social development while teaching English to Nicaraguan refugees in La Carpio, Costa Rica in 2018. Jack then combined these experiences with architecture and design in 2019 when designing an upcycled refugee housing unit to be implemented in the Baalbek refugee camp in Lebanon. In this talk, Jack offers his perspective on the most effective way generation Z should start to view and address poverty and development in the coming decades by explaining his own experiences with people, places, and realizations.

Raised in Swansea, Maisy grew up with a clear perspective to the harsh realities many faced in her community. She undertook numerous roles in charities. This left her hungry and with an affinity for social interactions, determined to work under humanitarian aid relief in the future. As a teen, Maisy found herself in the shoes worn by many; living a heavy nightlife in a strong drinking culture. She watched on as alcohol and mental illnesses gripped many of her friends and sexual assault became normalised. Her view of this remained unquestioned until October the 12th 2019. Her TEDx Talk will be on how her own experiences with sexual assault are reflected within the development of her personality, focusing on her progressive views and current definitions of the abuse. She believes that it is necessary to share her story and discuss the aftermath victims face, hoping that she can inspire listeners to empathise and become allies to those burdened with similar stories.

Melody Yacoubian is a 17-year-old student at Atlantic College in Wales, United Kingdom, one of 18 United World Colleges situated across the globe. Melody was born and raised in Montreal, Canada. Originally, however, she is Armenian, and her family has lived in Lebanon, Syria, Turkey, and Egypt. This multicultural background was omnipresent in her upbringing and has fostered a strong passion for world history, politics, and middle eastern studies. The drastic contrast between the western environment she was raised in and the middle eastern culture she was exposed to has given Melody a unique perspective on the Syrian Civil War and on the possibility of World War 3. 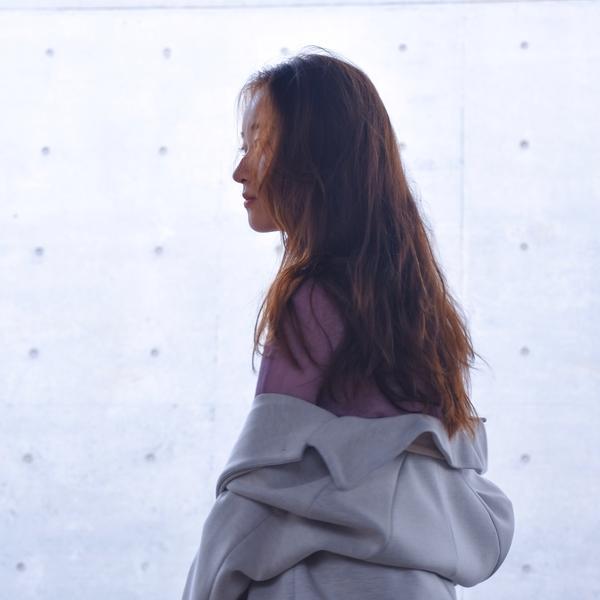