Our theme for the year 2020 is, “Dare To Dream”- a "daring" that has the power to take you where you "dream" to be once you arouse it in the right direction as in the daring there is defiance to live beyond your circumstances. We all can dare to dream big once we start keeping faith and TEDx hansraj is all about that voyage that will take you closer to your dream and will dare you to accomplish it.

Ankur Warikoo is an Internet entrepreneur, motivational speaker and angel investor based in India. He is also the co- founder of Nearbuy (previously Groupon). He did his MBA from Indian School of Business, and an MS from Michigan State University. He was included in the Fortune 40 under 40 India list in 2013 and 2014. He is one of the most prominent names in the Indian startup scene.

Avijit Dutt is an Indian filmmaker, actor, theater director and communications consultant. Dutt has acted in eminent Hollywood and Bollywood films namely Gandhi To Hitler, Madras Café, Jolly LLB2, No One Killed Jessica and others. As a theatre director and actor he has done over 100 plays in English, Hind. He has been a social activist and interventionist with seminal work in Child Welfare and Consumer Affairs. His own featurette on Child Abuse was screened in the Parliament and the Cannes Film Festival 2010, which was extensively used for Advocacy by UNIFEM

Harsh Pamnani is a Marketer with over 13 years of experience with start-ups as well as large organizations in brand management, communications, alliances, and analytics. Harsh is also a business author. His bestselling book Booming Brands – Inspiring Journeys of 11 ‘Made in India’ Brands is published by CNBC and has been appreciated by many Government, Business and Academic leaders. His articles on branding and marketing strategies have appeared in leading business publications including Forbes, The Economic Times, Advertising Age, Business World, Entrepreneur, Business Insider, Firstpost, InformationWeek, Dataquest, and Retail. Harsh has spoken at various prestigious forums such as Google Business Group, Josh Talks, Bombay Management Association (BMA), XLRI Jamshedpur, IIM Trichy, IIT Bombay, India Business Literature Festival, Bank of Baroda and others. He earned his bachelor's degree in computer engineering from IET-DAVV, Indore, and MBA at XLRI, Jamshedpur.

Jeeveshu Ahluwalia Jeeveshu Ahluwalia is a stand up comedian, actor, host and a VO artist. Jeeveshu’s quick wit can be easily spotted in spontaneous one-liners & quirky jokes. His peculiar style of comedy is most inspired by everyday observations. He has done over 2000 shows across different genres. He is a TEDx speaker and has also made his Bollywood debut in films like 'Tamasha' with Ranbir Kapoor and 'Happy phir bhag gayi'. In 2014, he rose to popularity by winning Radio Mirchi Comedy Ka King competition.

Major General Gagan Deep Bakshi SM, VSM or G. D. Bakshi is a retired Indian army officer. He is from the Jammu and Kashmir Rifles. He was awarded the Vishisht Seva Medal for commanding a battalion in the Kargil War. Later, he was awarded the Sena Medal for distinguished service in commanding a battalion during counter-insurgency drives. He subsequently commanded the Romeo Force (Part of elite Rashtriya Rifles) during intensive counter-insurgency operations in the Rajouri-Poonch districts of Jammu and Kashmir and succeeded in suppressing the armed militancy in this area. He has served two tenures at the Directorate General of Military Operations and was the first BGS (IW) at HQ Northern Command (India), where he dealt with Information Warfare and Psychological Operations

Monika Halan is a well-known media personality, whose goal is a fair marketplace for all participants in India’s retail financial sector. Current a Consulting Editor with Mint , she's a certified financial Planner who has worked earlier across media organizations in India including Editing Outlook Money. She has run four successful TV series around personal finance advice in NDTV, Zee and Bloomberg India. Her experience working with the Government of India includes being an advisor to the Swarup Committee in 2009 & serving as a member on the Ministry of Finance Committee on Incentives (Bose Committee). She was a member of the Task Force set up by the Government of India to put in place the Financial Redressal Agency & a current member on the SEBI mutual fund committee. She is the author of the book 'Lets Talk Money,a critical success.

A slam poet in his 20s trying to the change the world one sentence at a time.

Rana Safvi is a historian with a deep love for verse and a passion for the culture and heritage of the Indian subcontinent. She combines her enthusiasm for both in her writing. She runs a popular blog, 'Hazrat e Dilli', which talks about Delhi's culture, food, heritage and age-old traditions. She is founder and moderator of #Shair on Twitter, a forum that has revived popular interest in Urdu poetry in a major way. Rana is a postgraduate in History from Aligarh Muslim University. She lives in Delhi with her family. She is the author of Where Stones Speak: Historical Trails in Mehrauli, The First City of Delhi, The Forgotten Cities of Delhi, and Tales from the Quran and Hadith and translator of Syed Ahmad Khan s Asar us Sanadid and Zahir Dehlvi s Dastan-e-Ghadar and City of my Heart (4 accounts from 19th and 20th century).

A youth band from the city of Delhi, famously known for their performances across the city.

Young, sure-footed, and gritty; sporting an everlasting smile and the very picture of dauntless energy and courage, the Rajasthan born, Saachi Soni is all you aspire to be, if you’re an adventure enthusiast. The wonder girl Saachi is world's youngest women so far to climb so many peaks in such quick succession. The young ‘mountain machine’ is determined to bring a change in perspective towards mountaineering as an adventure sport and career option. She climbed the mighty Mt. Everest in 2013.At 23, she has summited peaks across continents, including Mount Elbrus in Europe, and North America's Mount McKinley, which is considered among the most dangerous in the world. Currently she works with WWF India.

jjwal Kumar is a percussionist from New Delhi, he has been doing live music for the past 16 years. He has been classically trained in tabla, and has then transformed his skills to other percussion instruments. He is currently playing the "Ghatam" and is one of the very few percussionists in the world to have developed a fusion style with this Carnatic instrument.

Yashpal Sharma is a well renowned Bollywood actor/theatre artist who has been thoroughly appreciated by the critics for his work in classical Indian movies like Lagaan (nominated for the Oscars) , Gangajal as well as in television series like Neeli Chatri Vaale , Mera Naam Karegi Roshan that formerly aired on ZeeTV. He's best known for his role as Randhir Singh in Sudhir Mishra's movie Hazaaron Khwaishein Aisi. Recognised for his contribution to Indian theatre as an artist, he's featured in diverse plays,proving himself to be a versatile actor. The Haryanvi movie 'Pagdi the Honour' starring him was applauded at the 62nd National Film Awards. He's currently preparing for his debut as a writer & director with a biopic on Pandit Lakshmi Chand.

Yugm, is an independent folk-fusion band currently based out of Mumbai. Over the last 3 years, we have performed at a variety of festivals & events, with over 300plus performances under our belt. Yugm has grown from a small folk band to a major social influence among the youth, with songs addressing social & diffrent issues. At the 2018 Rajasthan Style Fest, Yugm was named the Best Band of Rajasthan Award. 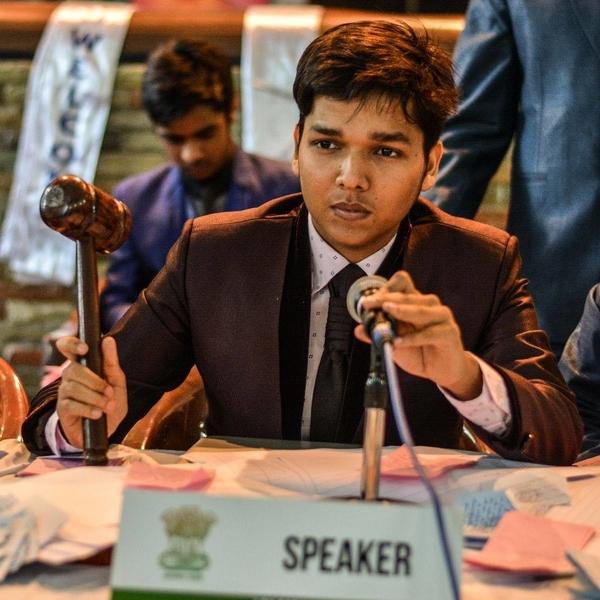 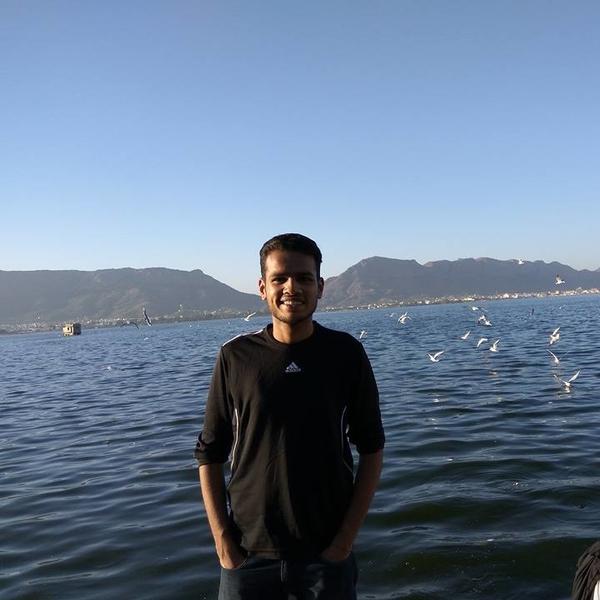