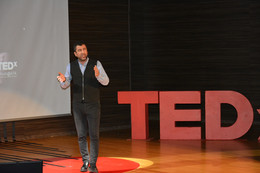 If you had an impact on life, you can be a spirit that is able to live more than a thousand year with the things you have accomplished. Are Marie Curie, Albert Einstein,Leonardo Da Vinci,Yunus Emre, Kemal Sunal, Barıs Manco and Mustafa Kemal Ataturk and more be able to be forgotten over the years?Yesterday, today.. what have you done for yourself or for your country? Which artifact did you write that will leave a mark on time or which song did you sing?The most important factor that the artists, politicians, geniuses and economists live today is the things that they left behind for humanity.It is on your hands to use the time effectively and to be the part of each era to do good things. Do not stop! Remind yourself! Leave a self from you to the future

Born in 1984, Cihan Nacar started his fashion education in 2002 by attending the department of Textile and Fashion Design at Çukurova University faculty of Fine Arts . A designer who studied in Spain-Universidad Politecnica De Valenciada between 2004 and 2006 with desire to move his education to a more professional field, he started his master's degree in fashion design department of Marmara University Faculty of Fine Arts in 2006. With his designs and the brave woman he created ,he became the second on a contest called Project Runway in 2007 in Turkey.He served as a consultant to many swimsuit brands. In 2012, by creating his own prada called"Cihan Nacer beachwear",his products have still been sold in many stores in Turkey and abroad.

He was born in Istanbul in 1973. He met with Fırat Kızıltuğ in primary school and started his journey with the flute .Ihsan Özgen, who opened the beauty of his music to him, started to learn Istanbul kemancha at Istanbul Technical University Turkish Music State Conservatory. Upon the invitation of Tanburi Najdet Yasar himself in 1990, the Ministry of Culture participated in the Istanbul State Turkish Music Society and worked there for seven years. Later, he was introduced to the world with Kudsi Erguner on the advice of his teacher. On many projects and concerts he went along with him. The artist has been working as a programmer and instrument artist since 1999 at TRT Istanbul Radio.

Erman Türkili, who started his violin education with Dania Kainova in the State Conservatory of Çukurova University in 1995, completed his middle school, high school and university education in the same university. In 2005, upon his proposal for assistantship from Pittsburgh State University in America, he was awarded the honorary Turkish violinist and academician and he continued his studies with Phd.Selim Giray. From the first years he went, he was one of the 52 most successful violinists in the United States. At the American String Teachers Association (ASTA) competition in the United States, he won the first and second prizes. After completing her postgraduate studies, he received his Ph.D. degree from Florida State University for completing his Ph.D. degree. She is currently working with Professor Emeritus of the leading American orchestras such as the New York Philharmonic, Dallas Symphony. He finished with Eliot Chapo.

Born on a spring day in Istanbul on April 22, 1973, Uzer wanted to be a teacher when he grew up because of his love of education during happy childhood, but life dragged him to other places. Uzer, who migrated from Istanbul to Adana after 35 years of age; studied Business Administration, Health Management and Psychology. Uzer is still continuing his education in Sociology and Occupational Health Safety. He teaches health management courses as an instructor at Çağ University. He is continuing his professional coaching education and he started his graduate studies in Psychology in 2018 and aimed to get his doctorate title. İzgören area Uzor the teaching diploma at the Academy, gives seminars in Turkey as in many parts of ladybugs.

He was born in 1967 in Samsun Terme. He studied Primary school in Carsamba, Samsun , secondary school and High School in Ordu . He experienced the stage experience at Ordu Municipality Black Sea Theater in Ordu. He continued his career as an amateur theatre actor at 9 Eylül University while studying at the Faculty of Management. He completed his military service in Izmir and started to work in a ceramic company in Istanbul. In 1990, Ferhan Şensoy started to work at Ortaoyuncular Theater. This six-year journey began with "Güle Güle Godot". For the first time on television, "Shameless Man" took his place on the screen with his knee. The first movie experience was Yavuz Turgul's "Bandit" film. He got married in 2002 and he had his son Derin in 2005. He then appeared in many TV series and movies. In 2002, he volunteered first and then started working professionally in the Toçev Foundation.

She was born in Istanbul in 1953. She was unaware that the elementary school would have created the life story of the writers of the banners he held in his hands at the 29th of October ceremony. He did his academic education on "History of Philosophy". The education of "Ataturkism", which he attended upon an invitation,she received when she started to wander around the ranks of his mind, enabled her to travel in a different history. It is a life dedicated to reveal the unknowns of Gazi Mustafa Kemal Atatürk and his hand and handed women and children heroes who are aiming for the later life of the future and to live the purpose ... To worn out and forgotten documents in order to blend the voice of the past with the breath of today, a jeweler's meticulousness, many years of working with patience and sensitivity ...

He was born in 1975 in Ankara. The semester of elementary, middle, high school and university was quite emotional and turned him into a closed person. Music has become a structure that reaches the spirit of every time in these times. This led to music education after high school. He met "Choir Music" in Gazi music years. The polyphonic chorus seemed to make a timeless journey through the tunes. The choir was a change of himself. There was now a passion between that time and that time: "Chorus music". The child who was trapped now became worn out and began to show the existence of life. One day his teacher recognized his chorus love and chorus ability and directed him. The timeless soul has gained a time now. He was enthusiastically wrapped in chorus music.

Murathan Özbek was born in 1983 in Erzurum, Turkey. Ozbek received his B.A degree in Economics from Bilkent University, Ankara.Shortly after getting started in photography, Ozbek was awarded Angels & Demons Contest Grand Prize at the Sony World Photography Awards 2010,In the same year his award was followed by an exhibition, titled "First Impressions of an Endless Dream".As his success in photography proceeded, in 2011, Ozbek founded Pomus Creative with Veysel Değertekin. He has won many prestigious awards, including Nikon, Paris and Ipa awards for the series 'in' and 'once'.In 2017 he exhibited his series "Black and White" in 'Galeri Siyah Beyaz'.Again in 2017 and this series was awarded by IPA.

She was born in Mersin in 1962. In 2011, she entered the Painting Department of the Fine Arts Faculty of Mersin University. The artist who made wall paintings on the name of social responsibility project, opened two personal exhibitions. She made imaginary wall paintings. Under the name of social responsibility project, she portrayed the walls of the temporary animal care house in Mersin University, the children's prison ward garden wall, the women's shelter and the anesthesia department of the Mersin Medical School. She said, "This is my greatest miracle!" When she came to offer an idea of how to add spirit and beauty to the walls of the 34-year-old painted buildings on the streets and boulevards of Toroslar Mayor Hamit Tuna's Akbelen district. She started to make her way to her dreams.

Sema Keçik was born in 1965 in Agri Diyadin. She was graduated from the Department of Performing Arts from Mimar Sinan University, State Conservatory. She worked on "Body motion" with Monica Pagneux, "Voice and rhythm" with Henning V. Vangerow, "Grotovski Method" with Zygmund Molik, and "Stanislavski method" with Nelia Wechselle. She worked with Soleil Ariane Mnouchkine at the Paris Theater on Comedia Del'Arte and Bali Maskları. In India, he participated in workshops on the Dance of K.Kahahalli and Mohiniyatatam in Irinjalakuda. Daye Hatun revived the role of "Magnificent Century" in 2011, which started to play on TV. Sema Keçik in 2014, "Paşa Gönlüm" in the array; Tarik Papuççuoğlu, Derya Alabora, Kerem Atabeyoğlu, Nilüfer Açıkalın, played with Ismail Filiz. She has been giving acting classes for 3 years at New Century University Conservatory. 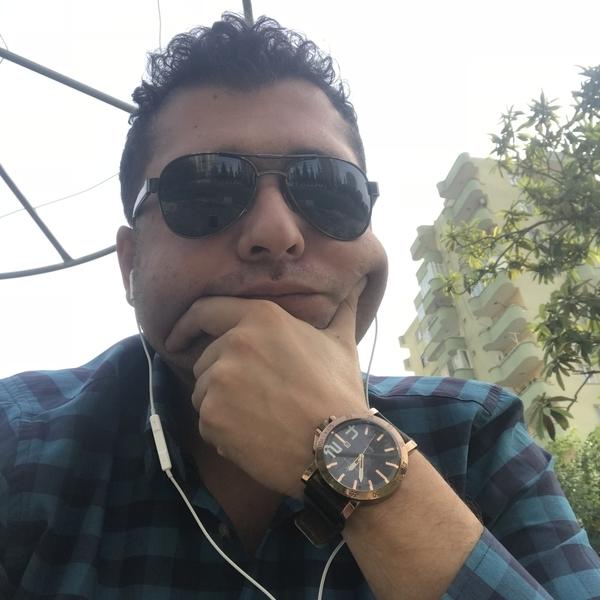