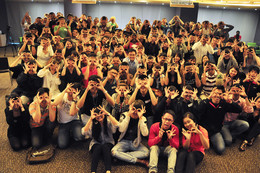 This is the second TEDxYouth@Singapore event, and the 12th TEDx event initiated by TEDxSingapore since 2009.

TEDxYouth@Singapore 2011 was curated and created BY the youth of Singapore themselves to truly be an expression of who they are, their hopes, aspirations, concerns and dreams.

The theme of IDEA+ACTION explored and expressed how youth today see things and do things in their own special way. Is life really as simple as having an idea and placing it into action?

Speakers shared the future they envisioned and how they are forming the building blocks of tomorrow. Innovative and insightful educators also shared insights into how they are shaping the hearts and minds of tomorrow's generation.

TEDxSingapore brings people together to seek a deeper understanding of ourselves and our world, and to inspire ideas and action for a better future for us all. Founded in April 2009, we are 100% Community-Created. Express your passion for ideas and inspiration, visit www.TEDxSingapore.sg
.

Deborah Emmanuel has been telling stories since she could talk. Her first story was that there was a microscopic pterodactyl living inside her ear, which when she was reading would not allow her to hear the dinner bell. Since then, she has used drama and creative writing to tell other stories which have reached out to many people. Using spoken word and theatre, Deborah speaks about the balance between self-gratification and providing for others when one is creating art. She believes that every piece of art comes from a story, and that we need to choose our stories wisely. Follow her stories at http://givetakecreate.wordpress.com/

He recently graduated from UWCSEA, and will be speaking about the importance of being the master in one skill rather than being the jack of all trades. He will do so by touching on various experiences one of which being the Local Environment Action Force (LEAF) project he ran with his friends, among many other.

When they realised the stigma of neurological disorders and terminal illnesses perpetuates a culture of fear and ignorance, Jeremy Boo and Lee Xian Jie embarked on their first film, and spent more than a year observing the lives of two women and their families’ struggle with dementia and depression. They are now are collecting story contributions about dementia at www.beforeweforget.org.

Cheryl Ang was one of the many choristers around the globe who participated in a groundbreaking virtual choir project. The Virtual Choir project showcases the synergetic effort of total strangers working together on an online community to put together a powerful performance. Cheryl who is currently studying the Faculty of Arts and Social Sciences in the National University of Singapore is a firm believer of going for what one is passionate for. No hesitation.

Syamil Dasuki brought the culture of flashmobbing to Singapore with the founding of Mission Singapore in 2008. Since then, Mission Singapore has conducted flashmobs of varying scale and has brought together youths of different walks of life to take part in its projects.

Zakaria Zainal is a Singaporean photographer who has travelled to politically unstable countries and documented turmoil during his journeys. Regions he has been to include refugee camps in Pakistan and the streets Kathmandu where he witnessed peaceful protests. He focuses on documentary projects and shows the changing face of Asia in conflict or in progress. His photographs and stories have appeared in several publications both in Singapore and Asia. One of Zakaria Zainal's specialty is the topic of our gurkhas. If there is one man who has a wealth of insight on the subject of Singapore Gurkhas, it would definitely be none other than Zakaria Zainal.

Tan Bee Thiam is a film historian, curator, educator and filmmaker. A founding member of the film collective, 13 Little Pictures, he is an award-winning producer of works such as the Red Dragonflies (Special Jury Prize, Jeonju International Film Festival) and The Hangman's Breakfast (Asian Project Market Selection, Busan International Film Festival). He co-chairs the Coordinating Council of Audiovisual Archive Associations that works with UNESCO on the preservation of the world's audiovisual heritage. In 2011, he assumes the editorship of Cinemas of Asia, the online journal of the Network for Promotion of Asian Cinema.

Jamon is the founder of Project gazaab. Gazaab is a micro social venture capital fund that seeks to create social entrepreneurs as beacons of hope and inspiration and lead their community in the fight against poverty. Since its founding 2 years ago, Gazaab has helped supported entrepreneurs in setting up 2 mushroom farms, a poultry farm and a candle-maker, effectively helping the community out of poverty. A passionate entrepreneur himself, Jamon runs Little Voice Games, game development studio for meaningful games and also a 3D name-card design outfit. He currently studies Business Management at SMU in his remaining free time.

Benjamin Loh has founded a Toastmasters Club and led a national charity mass barefoot walk and a youth health advocacy organization. At the age of 23, he is the youngest in Singapore and probably Asia to be a licensed life coach. Benjamin's forte is public speaking. He has won numerous awards and recognition for his skills as a public speaker. These achievements of Benjamin's does not come without life lessons, of which he hopes to share.

Adrian Chan is an avid photographer, cinematographer, producer and multi-camera director who is currently an assistant director with the National Archives of Singapore’s Sound & Moving Image Lab under the National Heritage Board. Over the years, he has been involved in various multi-media live events and concerts including Singapore’s National Day Parade, the F1 Rock concert and the Marina Bay Sands Grand Opening. He formed C3 Studio with a vision to connect creative culture with like-minded individuals and through these collaborations, produce unique stories using multi-media platforms.

Dr Ashley Tan was awarded the Overseas Graduate Scholarship (OGS) in 2002 to pursue his Ph.D. He is the Head for the Centre for e-Learning. He designs and facilitates a core ICT course and an Educational Psychology II course. His professional interests include educational Web 2.0, video game-based learning, mobile learning and surface computing.

After writing about the struggles of the poor in the Philippines, Jeremy Boo was named one of the winners of the International Committee of the Red Cross Young Reporter's Competition. He later wrote and photographed an an anthology of memories and dreams that Georgians have shared in their recollections of a past they are unwilling to let go, in their poignant thoughts about life, and in their tenacious march into a future that is neither war nor peace. 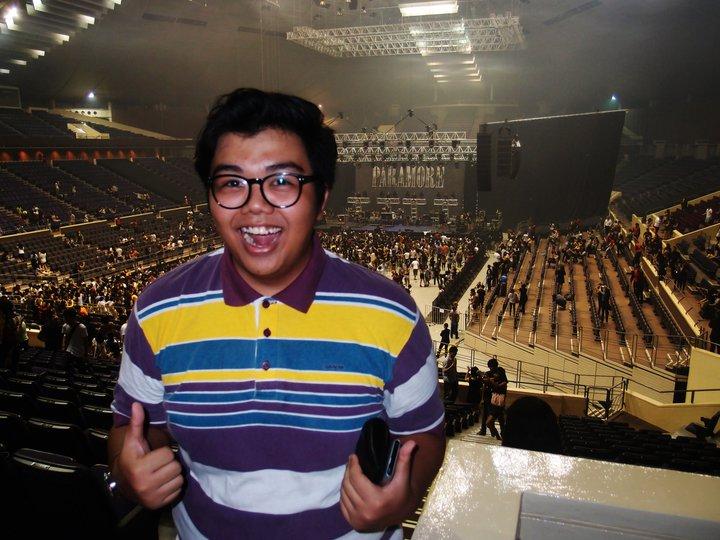