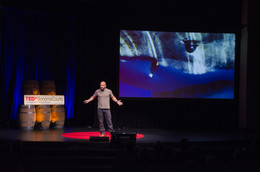 Limits … On one hand, limits can keep us safe. They keep us comfortable. Limits are a good thing.

On the other, limits can keep us from growing, evolving, and understanding what’s beyond that door or border that we’ve constructed. Why do we fear the unknown? Where are we venturing out, and where are we retreating to the safety of the familiar, our local communities, our tribes? What limits are moving in this world of rapidly changing science and technology?

Join us for our 6th annual afternoon of learning from those among us who are pushing limits farther than ever before. The dreamers, the visionaries, and artists who are helping make sense of it all.

Amani Will is an Altar of Free Being, a Midwife of the Creative Liberation Network, the Lion Truth. A Singing Poet BeatMan, Meditator, Educator, shit-talking Irreverent Reverend. This is a Devotee of that Ascen-Dance music right here, a Cosmic Love Ninja, Council-er Learning Non-stop, and it don’t matter where the medicine goes when it flows; we behind prison, classroom, cultural, emotional, and psychic walls with the free, we in outdoor classrooms in the redwoods, we in the studio, on stage, in circle, on the corner, and in yours.

Dr. Blake Simmons is the Director of the Biological Systems and Engineering Division at Lawrence Berkeley National Laboratory (biosciences.lbl.gov). He also serves as the Chief Science and Technology Officer and Vice-President of the Deconstruction Division at the Joint BioEnergy Institute (www.jbei.org), a DOE Office of Science funded project tasked with the development and realization of next-generation “drop-in” biofuels and bioproducts produced from sustainable, non-food lignocellulosic biomass.

Bruce Friedrich is executive director of The Good Food Institute (GFI), a nonprofit organization that promotes innovative alternatives to conventional meat, dairy products, and eggs. Bruce has penned opinion pieces for the Wall Street Journal, Los Angeles Times, and many other publications, and is a popular speaker who has presented repeatedly at most of the nation’s top universities. Bruce graduated from Georgetown Law and Grinnell College, and also holds degrees from Johns Hopkins University and the London School of Economics.

David Best is an internationally acclaimed artist well-known for building large elaborate temples, modifying and decorating automobiles and buses, and creating intricate sculptures out of found materials. David’s art career started at the age of 6 taking classes at the San Francisco Art Institute, where he later received a master’s degree in sculpture. His work is now collected by preeminent museums and art collectors. Since the beginning of this millennium, David and the Temple Crew have become revered for their work at the Burning Man Festival held in Nevada’s Black Rock Desert. Similar works have now been replicated in communities from Nepal to Ireland, and with other international locations on the horizon.

Dr. Hoby Wedler has been blind since birth. He earned a Ph.D. in chemistry at the University of California, Davis, and is the founder and director of the nonprofit organization, Accessible Science. A food and beverage sensory expert, Hoby was recognized as one of Forbes’ 30 under 30 in the food and drink category. Hoby recently co-founded Senspoint LLC, a sensory advising and education company that partners with clients around the world to give them the sensory insight they need to succeed.

Irwin Keller has been the spiritual leader of Congregation Ner Shalom in Sonoma County since 2008. His past work included LGBT and HIV advocacy, having authored Chicago’s first LGBT rights law and directing an AIDS legal services organization in San Francisco. He was also a founder and, for 21 years, a writer and performer in The Kinsey Sicks, known as “America’s Favorite Dragapella Beautyshop Quartet.” Irwin’s poignant and humorous sermons and essays, speaking to issues of Judaism, queerness, disillusionment, hope and finding inspiration on the fringe, can be found on his Itzik’s Well blog, at irwinkeller.com.

Jahan Khalighi is a Bay Area-based poet, musician and educator, a weaver of loose threads, a word dancer, student, teacher, artist armed with seeds to plant and stories to chant. As a former member of the Eugene Slam Poetry team, he’s had the privilege to perform at three consecutive National Poetry Slams across the country. As a Poet-Teacher for California Poets In The Schools, he facilitates creative writing workshops in schools, juvenile halls, arts festivals and after school programs up and down the West Coast.

Michael Shapiro is a travel writer and photographer whose features have appeared in National Geographic Traveler, Islands, and The Explorers Journal. Michael has written about everything from cycling in Mongolia to tasting tequila in Jalisco. Shapiro co-wrote a travel guidebook, the Louis Vuitton City Guide: San Francisco, and his book, A Sense of Place, is a collection of interviews with travel writers, including Frances Mayes in Tuscany and Bill Bryson in New Hampshire. He also volunteers as a river rafting guide for ETC, a group that takes disabled people and teens on whitewater rafting adventures.

Nathan John is a designer, writer, and visual artist whose work leverages the ethos of the hacker/maker movement, the aesthetic of the architectural avant-garde, and the toolkit of community organizing in testing the potential of temporary interventions to reorient our perceptions of urban environments. As an Associate Partner at envelope A+D, Nathan brings this unique perspective to the firm’s public space and tactical urbanism work, including the PG&E Hunters Point project. Nathan holds a Master of Architecture degree from the University of California, Berkeley, where he received the department’s highest honor, the Eisner Prize in Architecture.

Omar El Akkad is a Canadian author and journalist. While working for the Globe and Mail, Canada’s national newspaper, he traveled around the world to cover myriad stories of international importance, including the NATO-led invasion of Afghanistan, the military trials in Guantanamo Bay, and the Arab Spring protests in Egypt. He is a recipient of Canada’s National Newspaper Award for investigative reporting, and the Geoff Penny Memorial Award for young journalists. His debut novel, American War, published in 2017, has garnered positive reviews in the New York Times, the Washington Post and more than a dozen other major publications.

Renee C. Byer is a catalyst for change, a Pulitzer Prize-winning documentary photojournalist, and EMMY nominated multimedia field producer best known for her in-depth work focusing on the disadvantaged and those who otherwise would not be heard. Byer’s internationally acclaimed book, Living on a Dollar a Day: The Lives and Faces of the World’s Poor, illuminates the stories of people living on the brink of survival, and invites you to put an end to extreme poverty. Byer’s photographs have appeared in publications and exhibitions throughout the world. As a Senior Photojournalist for the storied Sacramento Bee, Byer’s images are syndicated worldwide.

Renee C. Byer is a catalyst for change, a Pulitzer Prize-winning documentary photojournalist, and EMMY nominated multimedia field producer best known for her in-depth work focusing on the disadvantaged and those who otherwise would not be heard. Byer’s internationally acclaimed book, Living on a Dollar a Day: The Lives and Faces of the World’s Poor, illuminates the stories of people living on the brink of survival, and invites you to put an end to extreme poverty. Byer’s photographs have appeared in publications and exhibitions throughout the world. As a Senior Photojournalist for the storied Sacramento Bee, Byer’s images are syndicated worldwide.

Scott Keneally is a journalist who signed up for a Tough Mudder in 2011, with a simple plan: to suffer and write a humor essay about the suffering. That essay was featured on the cover of the North Bay Bohemian, and was the start of an obsession. Keneally has since penned features about the industry for Outside, Men’s Journal and Rolling Stone, and consulted on a 60 Minutes Sports segment. He even made the unlikely leap into filmmaking, writing and directing Rise of the Sufferfests, a feature documentary that asks why millions of (seemingly sane) people are suddenly paying for pain.

Scott Lummer is the CEO and majority owner of Savant Investment Group. He has served our community in many ways, from President of the Little League to President of the Board at 6th Street Playhouse, and Board Chair at Sonoma Country Day School. Jerry Dodrill is an adventurer and award-winning photographer who has traveled to remote corners while questing for wild experiences. His talent and creative eye have been recognized through international awards and exhibition in fine galleries, such as the Ansel Adams in Yosemite, Mountain Light, Mumm Napa Valley, and the Banff Center for Mountain Culture.

Vanessa Brantley Newton is a children’s book illustrator and writer. She celebrates self-love and acceptance of all cultures through her work, and hopes to empower young readers to find their own voices. Retro art, music, joy and love fill the pages of Vanessa’s many books, such as Let Freedom Sing and Mary Had a Little Glam, and she hopes children are inspired to search the world around them for their own forms of beauty and creative expression. Vanessa currently makes her nest in Charlotte, NC with her husband of 20 years, their daughter, and a very rambunctious cat. 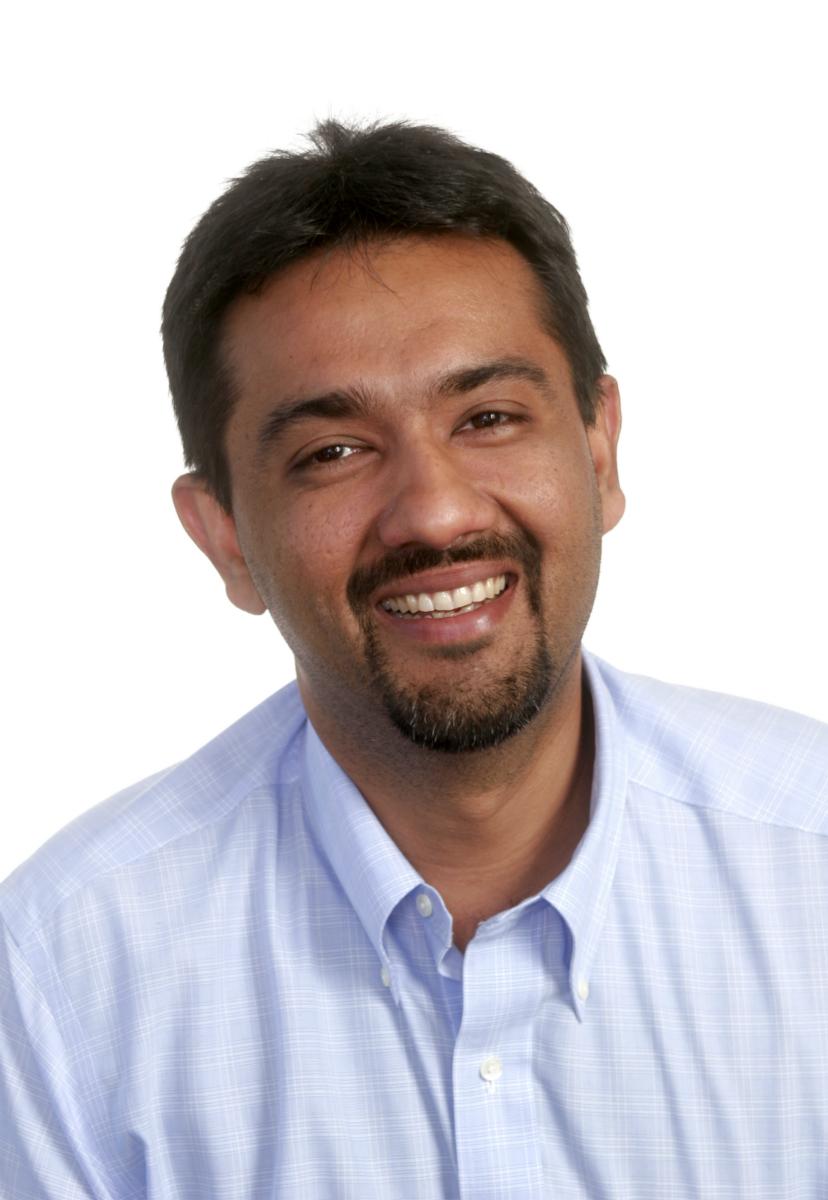 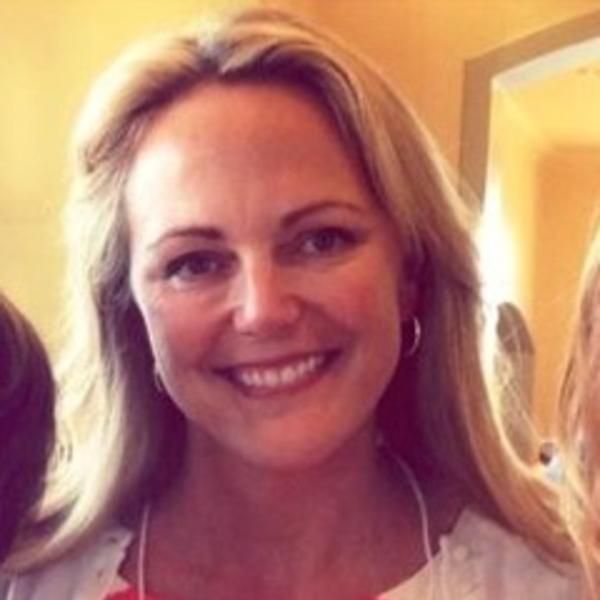