Cult Classics strive to make emotionally resonant music. The centerpiece of the band's sound lies in the lush vocals of dual songwriters Jess Royer and McKenzie Sprague. Royer's vocals, influenced by the jazz divas of yesteryear, combined with Sprague's expressive and idiosyncratic tone are able to captivate any audience, their harmonies intertwining in a gorgeous fashion. On guitar, Nick Warren's tasteful, effects-laded playing balances out tones to form an exciting soundscape. Trumpet Player Jesse Michael is able to add a bright new sonic element with his horn playing. With the expertly trained percussionist Michael Hibbler on drums the band's sound is fully realized. Formed from the bands Pine Diary and Flora, Cult Classics are a tightly connected group of friends. The quintet is able to let go, to truly be themselves on stage and the audience can tell. Armed with hours worth of original material, their sound is perfect for fans of Eisley, Beach House, or Angel Olsen.

Casie Lucas-Szumigala is a Speech Language Pathologist by trade, but an advocate, collaborator, and educator at heart. To her, communication is the root of everything. It is the thread that keeps us connected with one another for meaningful relationships and fulfilling lives. Thanks to her education at Gallaudet University and subsequent professional experiences, she specializes in working with children and adults who are deaf and hard of hearing on their journey through the development of effective communication skills, proficient use of language, and self-advocacy skills that make an impact across a lifetime. Casie is a faculty member in the Communication Sciences and Disorders department at Edinboro University, an Early Interventionist through the state of PA, and owner of the private practice, Handmade Communication, LLC.

Cee Williams is an avid fisherman and gardener residing in Erie, Pa. He is a recipient of a 2014 Chautauqua Writer's Grant and served as Erie County's Poet Laureate from 2014 to 2016. Williams is the author of four collections of poetry: 12 Poems (Crisis Chronicles Press), Busriders on the Storm (Crisis Chronicles Press), My America – 9 Poems for Sister Lucille (Crisis Chronicles Press) and The Awkwardness of Adulating Flowers (Writing Knights Press), Williams' poetry has also appeared in numerous journals and anthologies both online and in print. He is the founder of Poets' Hall and Poets' Hall Press an endeavor for which he was awarded the 2011 Erie Metropolitan Yellow Pages Business Innovation Award and has performed in venues throughout the region, New York City and Toronto.

Corey Eisert-Wlodarczyk is a Senior at McDowell High School in Erie Pa. He is a member of the Speech and Debate team, Mock Trial team, Exposure Club, National Honor Society, a frequent performer in the McDowell Center for the Performing Arts, and is a Student Ambassador. Outside of school he is a member of the Boy Scouts of America, Lake Erie Youth R.O.A.D Crew, and enjoys performing on the Erie Playhouse stage. Corey enjoys public speaking, reading, and paddle boarding on the lake. After school, Corey hopes to pursue a career as a politician or lawyer. He enjoys volunteering and hopes to spread a wholesome message to those who listen.

Dietrich Wegner is an Australian born artist who teaches at Edinboro University. His sculpture and photography explore our notions of contentment and security, and provoke us to consider how our identities evolve and how we declare them. Wegner has exhibited widely throughout Europe and North America, including Banksy’s Dismaland, the Leopold Museum in Vienna, De Meerse in the Netherlands, the Carnegie Museum of Art, Athens Institute of Contemporary Art, the Columbus Museum of Art, the Bellevue Arts Museum in Seattle and, Diverse Works Art Space in Houston. His work has been reviewed in Sculpture Magazine, Art Papers, Eikon International Magazine of Photography and New Media, Art Ltd, LA Weekly, Art Map as well as in numerous college art and sociology textbooks. Over 30 collections spanning five countries include his work.

Erin Fleming is currently a junior at Northwest Pennsylvania Collegiate Academy in Erie Pa. She is the manager of the Student Art Gallery and Café, treasurer for her chapter of Future Business Leaders of America (FBLA), a member of the Tri-M national music honors society, the CIA robotics team, and in her third year of student government. In addition, she is the founder and director of the Women’s History Month Assembly at Collegiate. Erin has a passion for activism and plans to continue fighting for human rights and equality throughout college, her career, and life. Erin is in her second year of Collegiate Academy’s Vocal Jazz and has independently performed at several churches. She loves to travel to explore culture and cuisine. Despite all of this, like many teenagers, sleep is probably Erin’s favorite hobby.

Jacob Tobolewski is a native of Girard, Pennsylvania and the proud husband to a supportive wife and father to three energetic young children. Over the past nine years, Jake has found his passion as a public school teacher, working as a chemistry teacher at McDowell High School. In addition to teaching at McDowell, Jake is an adjunct professor of Chemistry at Penn State Behrend, as well as the Youth Director at Fairview Presbyterian Church in Fairview, PA. Jake was born with a cleft lip and palate and tries to use life experience to relate with students whom feel different than the norm in society. He is deeply invested in helping young people reach their potential in all areas of life and considers it a privilege to work with this next generation.

Joshua Lisec’s journey as a Solopreneur began at the urging of his first boss after college: “Your skills are bigger than your job here. You’re a great writer; try freelancing!” Although his first freelance writing project earned a face-palming $1.67/hour, the gauntlet of self-employment soon forced Joshua to develop complementary skills, from customer service and bookkeeping to negotiation and selling. Six and a half years after that painfully small beginning, Joshua is now a #1 International Bestselling Ghostwriter and is the Marketing Communications Consultant and Partner at Bold Move LLC in Dayton, Ohio. To help other aspiring Solopreneurs skip the difficulties he faced early on, Joshua now shares his best strategies for transforming your skills into a viable one-person business through outlets like The Huffington Post, Side Hustle Nation, The Freelance to Freedom Project, Freelance Transformation, The Write Life, and his own uncensored blog Beyond Freelance.

Leeanna Golembiewski, also known as 28th & Atlantic, is an original solo acoustic artist/singer/songwriter from Erie, PA. She plays a variety of instruments including guitar, drums, Cajon, trombone, baritone, keyboard and a few others. Her repertoire includes current pop/rock covers with a mix of originals. Most notably, she creates acoustic "mash-ups" that contain multiple songs fitted together into a master arrangement. She utilizes “beat-boxing” within her performances to generate a unique sound. Leeanna has always had a strong passion for music and performance. She has had the pleasure of performing in front of multiple audiences in bars, restaurants, local competitions, music festivals, public events, as well as intimate concert settings. During the summer season, she performs as a street musician in Virginia Beach, VA on the corner of 28th & Atlantic, which is how she created her stage name.

Dr. Nicole Rosen earned her Ph.D. in Sociology from the University of Akron, with specializations in gender and criminology. Her dissertation examined gendered differences on how middle school youth experience bullying. Dr. Rosen’s master’s thesis looked at how members of the Maasai ethnic group in Kenya responded to outside efforts aimed to eradicate their practice of female genital cutting. Her research interests include cross-cultural comparisons of gender inequalities and sociology of work. As Project Director at the Susan Hirt Hagen Center for Community Outreach, Research, and Evaluation (CORE) at Penn State Behrend, Dr. Rosen helps oversee evaluation projects that help support local non-profit organizations, learning centers, and school districts in Erie County. She also teaches sociology, women’s studies, and psychology undergraduate classes at Behrend.

Paul T. Green is a Doctor of Pharmacy and a Board Certified Pharmacotherapy Specialist who works as a Clinical Pharmacy Manager for CompleteRx, one of the nation’s foremost pharmacy management companies, for whom he currently heads the clinical programs of the Upper Allegheny Health System. A native of Warren, Pa, Paul attended Mercyhurst College before receiving his doctorate from LECOM, a masters in Health Administration from Our Lady of the Lake College, and completing his residency training at Hamot Medical Center. After years of traveling and training, Paul has returned to his home town with his wife, Amanda, and their two children, Luke and Julia. He spends his working time advising hospital leaders and healthcare executives across the country on various critical issues including antimicrobial stewardship, an area of medicine about which he is truly passionate.

RJ Messenger is a 29 year old Erie Pa. native and the co-owner of Iron Empire Clothing. In just three years he has made quite the name for himself as well as his business, in Erie and nationwide. Prior to 2015, when his business was founded, he worked full time for the City of Erie Public Works Department for six plus years until he realized that he was ready to make a change not only in his own life, but in the lives of others. Over the last three years he has spoken on multiple occasions on both business and personal subjects. Iron Empire Clothing has donated thousands of dollars in monetary and item donations to various local non profits, charities, and organizations around the city of Erie. He lives by the saying, "I'm not in the business of making money, I'm in the business of changing lives." 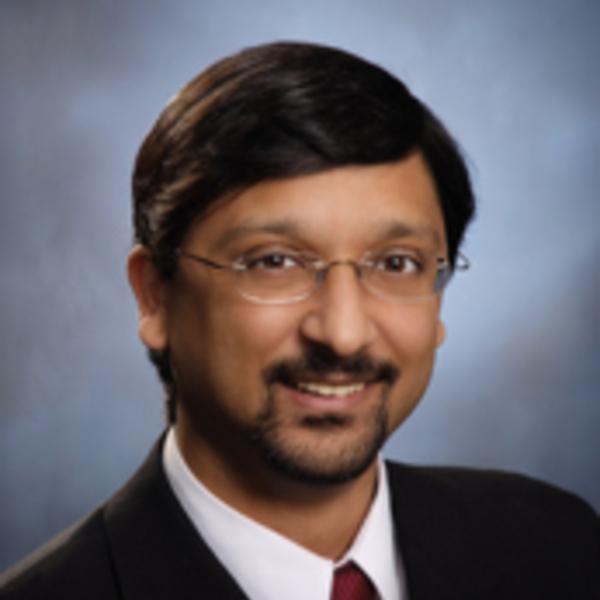