The School of Engineering and Computing Sciences at New York Institute of Technology is proud to present TEDxNYIT: Persistence and Community.

The event will feature a combination of live speakers and TED Talk videos and will aim to spark conversation and connections.

International Speaker and CEO of "A Life in Shorts"

One of the world’s top messaging experts, Brian Rashid has built his career by storytelling and communication. After graduating from law school at the City University of New York, Brian was a speechwriter in Mayor Mike Bloomberg’s Administration. Now, Brian runs A Life in Shorts, a digital media and communications company that creates compelling offline and social media content to express the vision of products, services, and value in the most exciting and effective way possible. He works with big brands like Linkedin, Twitter, Credit Karma, KPMG, as well as small businesses and entrepreneurs to help them create personal and professional brands that sell more and impact in bigger ways utilizing digital marketing. Brian is an international speaker and weekly contributor at Forbes Magazine. Fluent in Spanish, Brian lives between San Francisco, New York City, and Colombia.

Christopher M. Schroeder is an entrepreneur, advisor and investor globally in interactive technologies and social communications, and spends nearly half his time among rising growth markets especially the MENA region. He authored the first book on startups in the Arab World: Startup Rising - The Entrepreneurial Revolution Remaking the Middle East. He argues that the world must get past the one narrative of challenge in the region. He believes that connected rising growth markets will be one of the largest economic forces of the next century. He co-founded HealthCentral.com, a social and content platform that connects people solving their health needs. He sits on several global boards and recently co-led the bi-partisan working group for economic innovation and recovery of the Atlantic Council's Middle East Strategy Task Force. He has written and speaks extensively on startups and innovation as well as emerging growth markets and was named one of LinkedIn's first 50 Influencers.

Dorothéa Bozicolona-Volpe is a citizen of the world! Born in New York City to French and Italian parents. Her Father’s passing caused her family to move to Europe where she became somewhat of a nomad. She has lived in Italy, France, Germany, Japan, Sweden, The Netherlands and the United Kingdom. She studied neuro linguistic pathology and artificial intelligence to become a hostage negotiator. It is no wonder her journey has taken her from polyglot global law enforcement strategist to working with Fortune 500 brands in her own strategic digital & social media marketing firm. Dorothéa Bozicolona-Volpe has served as a subject matter expert on CNN and CBS. Dorothéa is an avid skateboarder who tweets to relax. Follow Dorothea on Twitter & Instagram @socialespionage

Founder and CEO, Code to Inspire

Fereshteh Forough is the Founder and President of Code to Inspire, the first coding school for girls in Afghanistan. Fereshteh was born as an Afghan refugee in Iran. One year after the fall of Taliban, She moved to Herat, Afghanistan with her family where she received her bachelor’s degree in computer science from Herat University and later a Master’s degree from Technical University of Berlin in Germany. She taught as a professor in the Computer Science Faculty of Herat University for three years. Fereshteh was a 2013 TED Talks speaker and a 2015 Clinton Global Initiative. Her passion is to empower young women from Afghanistan by improving their technical literacy. Her goal with Code To Inspire is educating Afghan women with in-demand programming skills, empower them to add unique value to their communities, and inspire them to strive for financial and social independence.

Joanne Wilson had many careers, touching the worlds of retail, wholesale, and media, before finally reinventing herself as an investor. She is currently an active angel investor with a portfolio of over 90 companies such as Food52, Sweeten, Vengo, Nestio, Phin and Phebes, Clutter, and Union Station. She has been involved in numerous real estate transactions and continues to make investments in that world. She is also an investor in a few restaurants in New York City. Joanne has been involved in various education projects and served as chairperson at Hot Bread Kitchen, a non-profit committed to increasing access to the culinary industry for woman and minority entrepreneurs. She also sits on the board of The Highline. Joanne has maintained her very popular blog, www.gothamgal.com for over 13 years and has recently take her talents to the airwaves on her podcast, "Positively Gotham Gal".

Michael J. Silva is President and CEO of ArchonOne, New York City’s leading technology advisory and consulting firm. Incorporated in 2010 as NDSC Technology, ArchonOne provides Chief Technology Officer level guidance and strategy to businesses with 100+ employees. Under Mr. Silva’s leadership, ArchonOne has grown between 40% to 110% year over year with no ties to external investors and no debt. Mr. Silva earned his Bachelor’s Degree in Information Technology from Rensselaer Polytechnic Institute, and graduated Summa Cum Laude with his Masters in Information Assurance from Northeastern University. He actively teaches as an adjunct Professor of Computer Networking at the New York Institute of Technology. Mr. Silva is an Eagle Scout and has also earned his CCNA and CISSP certifications. Mr. Silva is married and lives with his wife, two sons and 90lb Goldendoodle Rusty on Long Island, NY. He enjoys triathlons, camping, outdoor sports, martial arts and, of course, technology.

Director & Producer, She Started It

Nora Poggi is a French journalist/filmmaker directing her debut film, SHE STARTED IT. She has interviewed key players in Silicon Valley for the past four years for publications including Examiner.com & Usine Nouvelle. She previously worked at French social network Viadeo.com and award-winning production company Lucky Dragon Productions. She has been featured in Inc, Forbes, Fast Company, Glamour, Huffington Post and others.

Tracy Killoren Chadwell is the Founding Partner of 1843 Capital, a venture capital fund focused on technology companies with at least one female founder. With over 15 years’ experience in venture capital and private equity, Tracy is a leader and a sought after speaker within the community of women founders, innovators and entrepreneurs. Formerly a partner of a growth capital venture capital fund - Baker Capital, she is featured in the book “The Internet of Women” and in the documentary “Dream, Girl". A current Board Member of Marstone as well as Sachs Insights, she has also been the Treasurer of The Belle Haven Land Company, and a Board Member of the YWCA of Chicago. Tracy is a member of Women in VC and the Private Equity Women Investor Network. She proudly serves on the Advisory Board of the MIT Enterprise Forum, is an Executive Advisor for the Echoing Green Foundation and a Mentor for the B.I.G Accelerator. Tracy earned her J.D. from Loyola University of Chicago. 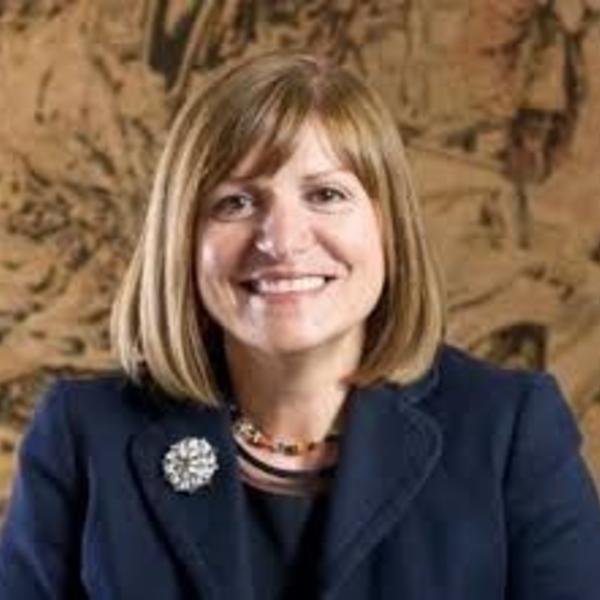