This event is being hosted to start conversations spurred by thinking "what would ___ be like if it were approached, studied, or implemented without limits?" We've selected a diverse group of speakers from various vocations, geography, and ages to explore this exciting concept!

Alana Joldersma is a rising freshman at the University of California Davis. In her high school career, she excelled in many activities, earning the titles as co-project manager for her robotics team, co-captain of the golf team, and section leader of the orchestra. In her TED talk, she will be speaking about how racial stereotyping affected what she wished to pursue and exploring the idea of defining yourself under the pressure of societal standards.

George is a 23-year education veteran. He has a B.A. in English Literature and an M.A. in Secondary Curriculum and Instruction from the University of Tennessee and an Ed.S. in Administration and Supervision from Lincoln Memorial University. He spent 14 years in the classroom as a British Literature teacher before moving into administration and discovering how much STEM he had been imbuing into his non-traditional classroom techniques. He helped open Hardin Valley Academy as Knoxville's first new high school in 35 years in 2009 and has grown the STEM Learning Community within the school to be the largest of 4 SLCs. An avid outdoorsman, he is most proud of raising a son who has chosen to pursue STEM fields as a career and credits him with being his father's "inspiration!"

Haley Johnson Bishop, a Birmingham, Alabama native, is a doctoral graduate student in the Lifespan Developmental Psychology Program at the University of Alabama at Birmingham (UAB). She graduated with a B.S. in Psychology from Birmingham Southern College and a M.A. from UAB in Developmental Psychology. Currently, she is working in the Translational Research for Injury Prevention Laboratory (TRIP Lab) with Dr. Despina Stavrinos. Her research focuses on the driving safety and transportation needs of individuals with developmental disabilities such as Autism Spectrum Disorder and Attention-Deficit/Hyperactivity Disorder. She has also received several prestigious awards for her work on drivers with Autism including the Dwight D. Eisenhower Transportation Fellowship, the Civitan International Research Center Emerging Scholars Fellowship and the Lizette Peterson-Homer Injury Prevention Grant Award.

Joseph W. Daniels, III is an enthusiastic scholar, leader, and mentor, currently pursuing his doctorate in civil engineering at the University of Arkansas. Joseph is conducting research on heated pavement systems with a focus on airfield pavements. He is seeking to incorporate sustainable practices and renewable energy to his research approach for cost efficiency, system longevity, and environmental protection. On the campus of the University of Arkansas, Joseph serves as president of the Black Graduate Student Association. In his community, he serves on the executive board of the Northwest Arkansas Branch of the NAACP and is affiliated with non-profit organizations seeking to find solutions to better race relations throughout his region, state, and country. Joseph is a graduate of North Carolina A&T State University, where he received a Bachelor of Science degree in Civil Engineering. He is a native of Silver Spring, Maryland.

Josh Emery grew up in central Pennsylvania, where the brilliant night sky sparked an early interest in astronomy. He received a BS in Astronomy & Physics from Boston University and a PhD in Planetary Science from the University of Arizona. He worked as a post-doctoral researcher at NASA Ames Research Center and as a research scientist at the SETI Institute before making his way to the University of Tennessee. His research is motivated by discovering how the Solar System formed and evolved to its present state through physical characterization of asteroids, moons, and Kuiper Belt objects. He is a science team member of NASA's OSIRIS-REx mission.

Richard Jolley is an independent artist who has maintained a studio in Knoxville, TN for over forty years. Jolley has participated in over 65 solo, museum and gallery exhibitions throughout the United States and in Europe, Japan, Australia, Israel and China additionally his work is represented in over 35 public collections and numerous private collections. His work explores the topics of the human narrative, the relationship we have to nature and our place in the universe. Jolley recently completed his largest undertaking to date, a five year permanent installation project for the Knoxville Museum of Art titled "The Cycle of Life: Within the Power of Dreams and the Wonder of Infinity".

Shatori Meadows, is a native from Freeport Bahamas. She is a PhD graduate student in the Department of Materials Science and Engineering program at Tuskegee University, under the leadership of Dr. Mahesh Hosur. Her research work focuses on advanced green nanocomposites used in a number of applications within the range of aerospace, marine, automotive, bridges, pipes, and wind energy industries. Prior to working on her PhD degree, Shatori earned two M.S. degrees in Materials Science and Engineering and Electrical Engineering, as well as a B.S. degree in Electrical Engineering from the prestigious Tuskegee University. Ms. Meadows is an active volunteer in her community, and she tutors and mentors middle and high school students, and motivates them to engage themselves in the STEM fields. Shatori's short term goal is to work in industry, and later return to academia to expose the relationship between theory and real life situations, while making a difference in the world.

Syreeta Vaughn holds a B.S. in Geological Sciences from the Florida State University and a M.S. in Geological Sciences and Industrial Engineering from the University of Tennessee. She serves as a Nuclear Safety Lead at the Consolidated Nuclear Security, LLC at the Y-12 National Security Complex in Oak Ridge, Tennessee. In her current role, she identifies and analyzes nuclear and chemical hazards, and specifies appropriate controls deemed necessary for safe nuclear facility operations. Syreeta Vaughn has received numerous awards both professionally and personally. Most notably, she received the Knoxville Business Journal 40 under 40 and distinguished Young Alumni 2013 from the University of Tennessee. She is a published author both in the Geological Society of America Journal and the Rad Waste International Summit. Listing all of her professional and personal accomplishments, there is nothing she is more proud of than her loving husband Clarence Vaughn and two beautiful daughters

Taylor Hinkel is a sophomore at the L&N STEM Academy in downtown Knoxville, Tennessee. Taylor invests his free time pursuing his independent educational interests focusing on the history of technology. He is captivated by the advances of technology ranging from the first steam engines to the first satellites to enter space and believes that through hard work and sacrifice you can accomplish anything.

Tim Childers has spent the last fifteen years in education, and has made technology integration the focus of his work as a classroom teacher, technology coach, and now assistant principal. He was named as one of TechSmith's first "20 to Watch" list in 2011, is a national speaker on the subject of educational technology, and was selected as one of the first five national "Gurus" for the Discovery Education Network. Tim has 3 daughters and 5 grandchildren. 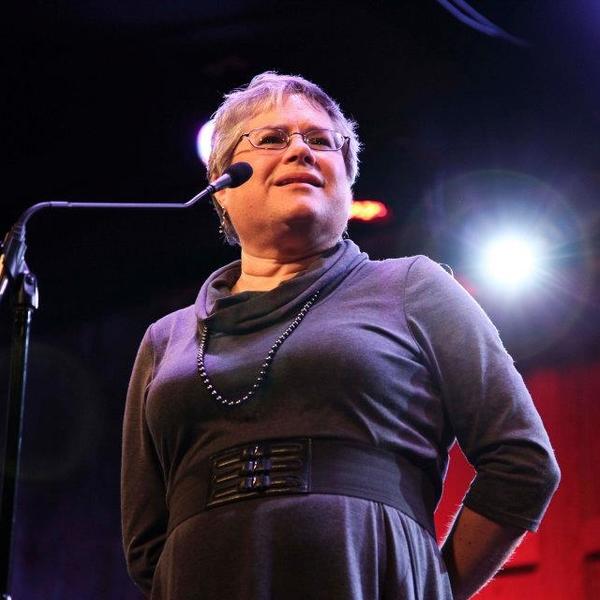