Eric “Roscoe” Ambel is a music producer, recording artist, songwriter and guitarist, as well as a founding member of roots-rock pioneers The Del-Lords and Joan Jett & the Blackhearts. He owns and operates Cowboy Technical Recording Services in Brooklyn. He has produced and played with a broad range of artists from Steve Earle to Mojo Nixon to the Bottle Rockets. His most recent solo LP. Lakeside, produced by Jimbo Mathus and released by Last Chance Records, is garnering rave reviews. Erik “Cletus McCoy” Huey is the DC-based lead singer and songwriter of Americana punk band The Surreal McCoys. The band’s most recent LP, The Howl &The Growl, produced by Eric Ambel and propelled by the single “Whole Lotta Folsom,” won critical praise when it was released in September 2015, and landed the band performance slots at AmericanaFest and SXSW 2016. Erik is also a government affairs executive specializing in entertainment and tech issues, and artistic free expression.

Twenty20 is comprised of four 9th graders: vocalist Hugo Carney, guitarist Ben Froman, bassist Lucas Donovan, and drummer Joey Doyle. They hail from Washington, D.C. and like pizza, skateboarding, writing music, and girls — not necessarily in that order. Formed in 2010 when Froman moved to D.C. and began looking for friends to play music, the band dubbed itself Twenty20 for a variety of reasons — there's the obvious allusion to perfect vision, but 2020 also happens to be the year the bandmates will graduate from high school.

Ana Teresa Fernández was born in 1981 in Tampico, Mexico, and she lives and works in San Francisco. Through her work, she explores the politics of intersectionality and the ways it shapes personal identity, culture, and social rhetoric through painting, performance, and video. Her work illuminates the psychological and physical barriers that define gender, race, and class in Western society and the global south. Her large-scale 5W public art project in San Francisco was awarded Best of the Bay by 7×7 Magazine in 2013. The Headlands Center for the Arts granted Fernández the Tournesol Award and her films have been screened at festivals internationally. She will also exhibit in group exhibitions at the Arizona State University Art Museum, the Grunwald Gallery at Indiana University, the Denver Art Museum and the Nevada Museum of Art in 2016 and 2017.

G.T. Bynum was sworn in as the 40th Mayor of Tulsa on December 5, 2016. Prior to his election as Mayor, Bynum served for 8 years on the Tulsa City Council. In that time, he was elected as the youngest City Council Chairman in Tulsa history. Throughout his time in Tulsa city government, Mayor Bynum has focused on fiscal restraint, public safety, and infrastructure. He led the successful effort to enact the largest streets improvement package in the City's history, authored legislation creating the first municipal rainy day fund in Oklahoma, and coordinated efforts to establish the first municipal veterans treatment court in the United States. Mayor Bynum and his wife, Susan, are the proud parents of Robert and Annabel - the sixth generation of Bynums to call Tulsa home. He previously worked in the United States Senate for Senators Don Nickles and Tom Coburn.

Heather Booth is one of the leading strategists about progressive issue campaigns and driving issues in elections in the United States. She was the founding Director and is now President of the Midwest Academy, training social change leaders and organizers. She has been involved in and managed political campaigns and was the Training Director of the Democratic National Committee. In 2000, she was the Director of the NAACP National Voter Fund, which helped to increase African American election turnout by nearly 2 million voters. She was the lead consultant, directing the founding of the Campaign for Comprehensive Immigration Reform in 2005 In 2008, she was the director of the Health Care Campaign for the AFL-CIO.

James “Jim” Shelton is the President of Education of the Chan Zuckerberg Initiative and was most recently President & Chief Impact Officer of 2U, Inc. Previously, the Deputy Secretary of the U.S. Department of Education and the Program Director for Education at the Gates Foundation, he has held a broad range of management, policy, and programmatic roles, which have made a meaningful social impact. Jim holds a bachelor's degree in computer science from Morehouse College as well as master’s degrees in both business administration and education from Stanford. He resides in Washington, D.C., with his wife Sonia and their two sons.

John Bridgeland is Founder & CEO of Civic Enterprises, Vice Chair of the Service Year Alliance at The Aspen Institute to make a service year a common expectation and opportunity for all 18-28 year olds, Co-Convener of Grad Nation to reach a 90 percent high school graduation rate by 2020, and Vice Chairman of Malaria No More, a nonprofit working to end malaria deaths in Africa by the end of 2016. Previously, Bridgeland was appointed by President Obama to serve on the White House Council for Community Solutions. He also served as Director of the White House Domestic Policy Council, Assistant to the President of the United States, and first Director of the USA Freedom Corps under President George W. Bush. He was a member of the Bipartisan Policy Center’s Commission on Political Reform. He is a graduate of Harvard College and the University of Virginia School of Law. He lives in McLean, Virginia with his wife and three children.

Laura E. Arnold is Co-Chair of the Laura and John Arnold Foundation. LJAF’s core objective is to address our nation’s most pressing and persistent challenges using evidence-based, multi-disciplinary approaches. It strives to create functional solutions that target the root causes, not just the symptoms, of these problems. The solutions must be both scalable nationally and sustainable without permanent philanthropy. LJAF’s current areas of focus include criminal justice, evidence-based policy, research integrity and education. In addition, LJAF has significant investments in healthcare and is actively pursuing new ventures that fall outside of its core programmatic areas. Until late 2006, Ms. Arnold was Executive Vice President and General Counsel of Cobalt International Energy, L.P. in Houston, Texas. Prior to that, she was a mergers and acquisitions attorney at Wachtell, Lipton, Rosen and Katz in New York, New York.

Dr. Melissa Chiu is Director of the Hirshhorn Museum and Sculpture Garden, the national museum of modern and contemporary art, a Smithsonian Institution in Washington D.C. She is a leading authority on international art, with a specialization in the Asia-Pacific region, and has organized nearly 30 exhibitions including a retrospective by Zhang Huan, a survey of Yoshitomo Nara, and an exhibition of art from China’s Cultural Revolution. She has served on numerous panels including Pew, Institute of Museum and Library Services, and New York State Council on the Arts and has served on the board of Association of Art Museum Directors, American Association of Museums, and Museums Association of New York.

Molly Baldwin is the Founder and Chief Executive Officer of Roca, Inc. A graduate of UMass, Amherst, Molly began her professional life as a street worker and community organizer, and soon founded Roca in 1988. For over twenty-eight years, she has been a tireless advocate, mentor, and community convener, reaching out to the highest-risk young people from Massachusetts’ most dangerous urban communities, and bringing together the major institutions, corporations, and agencies that affect these young people’s lives. With the help of engaged institutions and Roca’s committed staff, Molly’s efforts at Roca have helped thousands of young people make positive and profound changes in their lives.

Nancy Roob is President and Chief Executive Officer of the Edna McConnell Clark Foundation. She played a major role in developing and implementing EMCF’s grantmaking strategy of making large, long-term investments in building the organizational capacity and evidence base of nonprofits whose programs have the potential to lift the life prospects of greater numbers of America’s most disadvantaged youth. Before becoming president in 2005, Roob was the Foundation’s vice president and chief operating officer. Before she joined the Foundation in 1994, Roob worked for the Boston Persistent Poverty Project, a program of the Rockefeller and Boston foundations; the Fund for the Homeless, a project of the Boston Foundation; and the Child Care Resource and Referral Center, also in Boston. Roob is a graduate and trustee of Hamilton College, and holds a master's degree in public administration from Harvard’s Kennedy School of Government.

Philippe Cousteau has established himself as a prominent leader in the environmental movement. An award-winning television host, producer, author, speaker, philanthropist, and social entrepreneur, Philippe is the son of Philippe Cousteau Sr. and grandson of Jacques Cousteau. His life-mission is to empower people to recognize their ability to change the world. Philippe founded the GlobalEcho Foundation, a sister organization to his investment fund, which donates a percentage of the fund’s management fee to support projects around the world which support women, environmental education and micro-enterprise. Philippe serves on the National Environmental Education Foundation and on the National Council of the World Wildlife Fund. Philippe has also testified to Congress on issues of ocean management and off-shore drilling. Philippe and his wife, fellow adventurer and TV host, Ashlan Gorse-Cousteau, reside in Los Angeles, California.

Mayor Richard J. Berry has loyally served the 32nd largest city in America for the past 7 years as 29th Mayor of Albuquerque. Under the Mayor’s leadership, the City has reduced the size of government and has held the city budget below the line of inflation each year – all while maintaining a high level of service to the taxpayers. His Efficiency, Stewardship, and Accountability program has saved taxpayers over $25 million dollars to date, and is projected to exceed $50 million in savings by the end of his time in office. Mayor Berry’s administration has also been recognized nationally for his transparency measures and his programs that change lives for the homeless and those in need. His initiatives and partnerships that augment the educational experience for APS students have also been acknowledged as best in class.

Sonia Nazario is an award‐winning journalist whose stories have tackled some of this country’s most intractable problems -- hunger, drug addiction, immigration -­ and have won some of the most prestigious journalism and book awards. She is best known for "Enrique's Journey," her story of a Honduran boy’s struggle to find his mother in the U.S. Published as a series in the Los Angeles Times, "Enrique's Journey" won the Pulitzer Prize for feature writing in 2003. It was turned into a book by Random House and became a national bestseller. She is a graduate of Williams College and has a master’s degree in Latin American studies from the University of California, Berkeley. She has honorary doctorates from Mount St. Mary’s College and Whittier College. She began her career at the Wall Street Journal, and later joined the Los Angeles Times. She is now at work on her second book.

Steve Ballmer is co-founder and co-CEO of the Ballmer Group and owner of the Los Angeles Clippers. Ballmer retired as CEO of Microsoft in 2014 after 34 years at the company. The Ballmer Group’s philanthropic arm focuses on bettering outcomes for children and families in need and helping reduce the cycle of intergenerational poverty in America. Steve also leads USAFacts, a civics project seeking to ground political discussion in facts through presenting comprehensive, comprehensible, nonpartisan data about government activities. Ballmer earned an A.B. in mathematics and economics from Harvard, worked at Procter & Gamble, and attended Stanford’s Graduate School of Business before joining Microsoft as its first business manager. He lives with his wife, Connie, and children in Washington. 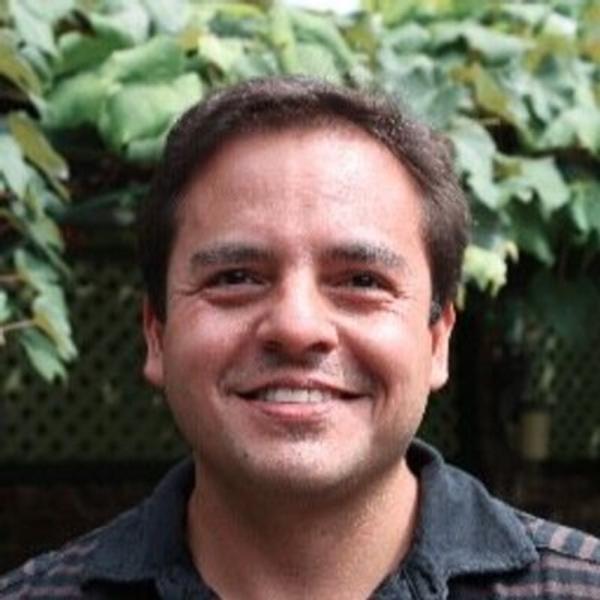