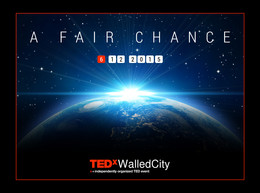 Register for the BRAIN SPA of the year, as TEDxWalledCity, one of India's biggest and oldest TEDx events, brings together sought after thought leaders, idea mavens, contrarians and youth icons to share an "idea of their lifetime", and explore the theme of ''A Fair Chance''.

The event will see speakers share their "brain-trust" with creative and forward thinking young people from Delhi, in a focused, intimate and relatable setting.

Anu Aggarwal is a popular bollywood actress, international supermodel and yoga guru. Born in New Delhi she was a gold medalist in sociology at Delhi University and served at the UNHCR briefly. After a brief stint in international modelling, and VJing, she made her Bollywood debut with the musical blockbuster Aashiqui. In 1999, she had a near fatal accident in Mumbai and was treated at Breach Candy Hospital, to recuperate after a 29 ­day coma. Recovering with a broken body but a resilient soul, she turned to Yoga. She healed from inside and out, and with her experiences she started AnuFunYoga for underpriviliged children, to help heal early childhood trauma. Anu also penned her experiences through stardom and inner poverty, in a hugely popular memoir "Anusual - Memoir of a girl who came back from dead" (HarperCollins India).

Ayaan Ali Khan is an Indian Classical Musician who plays the Sarod. He is the younger son and desciple of Sarod Maestro Amjad Ali Khan. Ayaan gave his solo debut when he was eight years old and has been performing concerts in India and abroad, since then. Ayaan is a television celebrity and among the most popular Indian classical musicians of the time.

Bharti Ali is Co-Founder of HAQ: Centre for Child Rights, a Delhi based NGO working towards securing all rights for all children. Her work has included research on a range of issues relating to women and children, she has been developing training and education materials and undertaking capacity building programmes on child protection issues for government and NGO agencies. Being trained as a lawyer, she has also been involved in providing legal counseling to women and children who come in contact with the law. Bharti has authored several publications, articles and reports based on her research and represents India on several international fora on the topic of child rights.

Diva Sharma, high school student from Delhi, is a teen activist, orator and innovator. She is an enthusiastic speaker for the cause of the representation of girls and women in Science and Governance. She delivered a talk at the United Nations Association of US' Global Classrooms event held at United Nations HQ, New York City on women and governance. With her love for animals and a willingness to turn her passion into action, she has developed a 'Novel Monitoring Mechanism to Detect Distress in Animals - Collar System'. The idea was conceived by her when she was 15 when she realised that there is no definite technological stress-detecting mechanism for animals. Her project has received recognition from the President of India for innovation and shortlisted for the Intel Initiative for Research. She received an award to this end from the President of India in 2015.

So somewhere near June 2008 Eben Johnson tired of the Page 3 way of life, decided that enough was enough and decided to do something concrete with his life which included some religion if you may. So he decided to form a band!! WooHoo...Not quite!! After some persuasion with a little food and drink from the cafeteria and Food court, he convinced Vicky to join as The Bass Player!! After a few days of jamming, Jerry started losing interest (apparently the band outranked him in terms of fatness!!). We decided to call ourselves All The Fat Children, Jerry left soon after!! Sam was found at a gig through a band we knew, which would be Slain (Bless their Souls)!! And within a week and a half, we jammed and jammed and jammed......etc etc...Till we thought our limbs would drop, praying to the lord that we get to keep them after the gig as well!! Ok just listen to the music, its quite simple... https://www.facebook.com/allthefatchildren/

Enakshi Ganguly Thukral began working on human rights with Indian Social Institute in 1985. Over the years, Enakshi has been involved in Research, Advocacy and Training on wide­ranging socio- legal issues. She is also the Co-Founder of HAQ: Center for Child Rights. She has been part of drafting committees of laws, polices and plans of the government of India involving child rights. She has participated in the UN General Assembly on these issues. Enakshi has published several books and reports on this topic and has been awarded the Ashoka Fellowship on the topic.

Gaurav Dalal, known among his friends as Gary, is the founder of LinkLadder, an app that exponentially increases your reach in the world through the power of your contacts. Gary is a technology expert, entreprenuer and founder of several successful businesses.

Harsh Mander is a social worker and writer, who works with survivors of mass violence and hunger, as well as homeless persons and street children. He is the Director of the Centre for Equity Studies and a Special Commissioner to the Supreme Court of India in the Right to Food case. He is associated with various social causes and movements, and writes and speaks regularly on issues of communal harmony, tribal, dalit and disabled persons' rights, the right to information, custodial justice, homelessness and bonded labour. Among his awards are the Rajiv Gandhi National Sadbhavana Award for peace work, the M.A. Thomas National Human Rights Award in 2002, the South Asian Minority Lawyers Harmony Award in 2012 and the Chisthi Harmony Award in 2012.

Hemal Trivedi is a Film Maker, producer and director. Her films have won three Emmys and one Oscar. Her latest, "Among the Believers" traces the development of the Red Mosque madrasa across Pakistan and it's links to terror attacks around the world. Credits include: Among the Believers (Director, Tribeca, AFI-Docs), Outlawed in Pakistan (Editor, Emmy, Frontline), Saving Face (Editor, Oscar, 2 Emmys, HBO), When The Drum Is Beating (Editor, Independent Lens, Tribeca), Shabeena's Quest (Director, Al-Jazeera), Flying On One Engine (Editor, SXSW, IDFA).

Kathpulti Colony Performers is the largest community of street performers in the world, un-organised and living in the Kathputli Colony, in West Delhi. Through their Muppet based performances (known as Kathputli in Hindi), this group delivers social messages to under-served and under privileged urban populations. The group is supported by a local group of college students, Enactus of Sri Ram College of Commerce (SRCC) The community of performers' are currently living in temporary quarters as their colony is being rebuilt under a development plan they have been protesting.

Leading WaterAid India through a dynamic phase of transition is its Chief Executive Neeraj Jain who comes with over 25 years of extensive experience in setting up young organizations. His strengths lie in setting up new ventures, organisational development, market development and he has provided strategic leadership for change management in organisations across Asia and Europe. Neeraj is a firm advocate for better water, sanitation and hygiene (WASH) access across India and has represented WaterAid India at numerous forums on WASH in India as well as globally. His contribution extends to promoting the importance of WASH in improving child health with senior government officials, both at the central and state levels, at the World Water Week in Stockholm, and SACOSAN V (Fifth South Asian Conference on Sanitation).

Ms. Sujatha Rao is an exemplary leader in public health. From serving as the secretary of family welfare in the state of Andhra Pradesh to working her way up as director, Joint Secretary, and finally as the Union Secretary of the Ministry of Health and Family Welfare for the Government of India. While in her position as Union secretary, Ms. Rao launched the country's first ever national program for non- communicable diseases, and also established critical regulations for the medical education, drug, and medical device fields. A master of public administration at the Harvard Kennedy School. Ms. Rao is also a Takemi Fellow at the Harvard School of Public Health, and a Gro Harlem Brundtland Senior Leadership Fellow.

Vamsi Krishna is the co-founder of Vedantu, a live online tutoring platform which uses technology to bring together teachers and students to enable live one to one learning between them. Vamsi and his co-founders believe they can make the world a better place by allowing everyone to become a teacher.

Vineeth Vincent set a world record beatboxing with over 5000 people. He is a renowned emcee, musician, beatboxer, stand up comedian ... all rolled in one. You can find him on www.vineethvincent.com

William has come from an analytically academic background in Engineering. After finding no happiness in this area, he threw himself into the vibrant events and marketing scene in Dublin. Running an array of various events for different markets, undertaking lead marketing roles for various venues in Dublin and Cork, feature writing for Eventbrite, heading the Commercial Development for Ireland's largest union of 354,000 members, he soon found himself spending up to 17 hours a day, 7 days a week on his gadgets. He discovered this is an unsustainable lifestyle that damages your health. Will found it evident that people world wide are moving rapidly in the direction of living a lifestyle where they are being managed by their devices and he's determined to spin this on its head. William is currently running Morning Gloryville Dublin, creating unique pop up experiences to help people reconnect and fulfilling many of the roles.

Dr. Yogesh Jain is an MBBS & MD (Paediatrics), All India Institute of Medical Sciences (AIIMS). He works as a paediatrician at a social organisation, Jan Swasthya Sansthan (JSS) in rural Bilaspur District, Chattisgarh, India. Yogesh has experienced several structural problems in public health in rural India and uses a unique model to solve these issues. 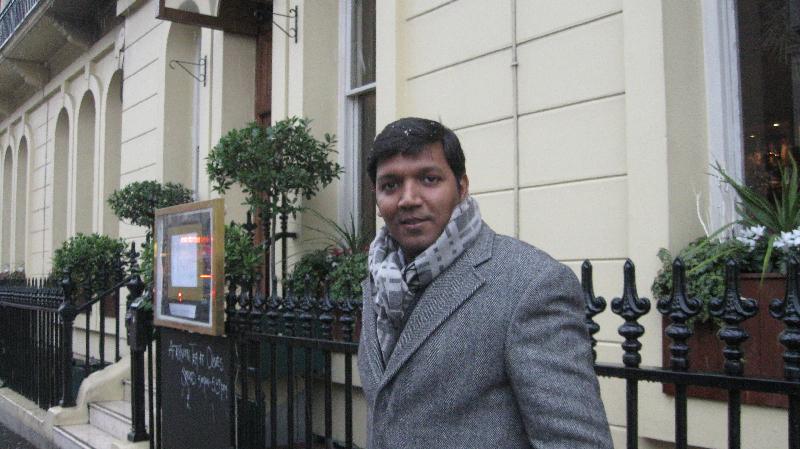