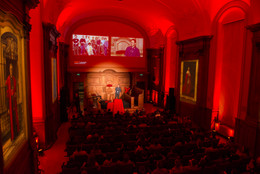 11 speakers will take us on a serendipitous journey in science, arts and inspirational stories.

Currently age 27 is an upcoming Belgian film director and scenario writer. His full length film “Image” touching the raw life of living in Brussels was released earlier this year. A feat if you know Adil only got the budget to make it into a short film.

Bart Van Coppenolle is a man of many worlds. He has been studying engineering and philosophy and explored many ventures since, from growing a company toward an IPO, advising several start-ups to authoring a book on how we can solve financial and debt crises. Most recently he is authoring the book The Secret of our Brain – How Evolutionary Neuroscience cracks the secret code of Success & Happiness which is also the topic of this stimulating TEDxLeuven talk.

Chris Smit was born in Amsterdam on March 3, 1963. Midway while attending high school, his family and he moved to the USA for one year, where he attended 8th grade high school in Boiceville, New York. After returning to the Netherlands he finished school and went to the Free University in Amsterdam to study Industrial and Organisational Psychology. He is an experienced consultant and coach in intercultural business, and has implemented and consulted projects and run many intercultural and communication seminars throughout the world.

Daan Alkemade is a product of the Utrecht High School of Arts. Today he is a Dutch actor and actor coach.

Geert Noels is a macro-economist and frequent commentator on financial and economic topics. His economic opinions were summarised in the bestseller “Econoshock”, on the six shocks that are currently transforming our economy, society and daily life. Late 2013, the sequel “Econoshock 2.0” appeared, and was transformed into a documentary TV-series, shown on Belgian national television (Canvas). Geert Noels is best known to the general public through his columns in various newspapers and presence in economic TV- and radio programs: his advice is regularly sought by various organizations as well as governments, who appreciate his creative thinking and totally independent macro-economic vision.

Joseph Malloch is a researcher and instrument designer based in Paris, where he is currently working with the Situated Interaction Lab at the Université Paris-Sud and Inria. He holds a Ph.D. in music technology from McGill University in Montreal, Canada, focusing on the design of new interfaces for live music performance and tools for supporting collaborative design of interactive media systems. His work includes wearable, hand-held, and tabletop interfaces, augmented acoustic instruments, and software systems for “mapping” live sensor signals to media control. He designed and built the T-Stick digital musical instruments, which have appeared in dozens of public performances around the world, including performances at new music festivals, international conferences, performances by dancers, and by blind performers in a larger ensemble (Rolf Gehlhaar’s Viagem).

Lisa De Bode is a reporter at Al Jazeera America, based in New York City. Her work has been published in the Guardian, The Huffington Post, De Morgen, De Standaard, among others, and was awarded the 2011 Dick Scherpenzeel prize for excellence in foreign reporting by young journalists. Her interest in journals started at the Berkman Center for Internet & Society at Harvard University, where she worked on promoting diversity in U.S. media.

Manuel Sintubin (°1964) is Professor of Geodynamics in the Department of Earth and Environmental Sciences at the KU Leuven. His main research activities focus on the deformation history of slate belts, qualitative and quantitative aspects of anisotropy development in argillaceous rocks, sediment deformation, the interaction between fluids and deformation, intracrystalline microstructural evolution in quartz, and the brittle-plastic transitional behaviour of natural rocks.

Menko Victor (Pek) van Andel (Amsterdam, °1944) obtained his university degree in medical research in Groningen, where he developed an artificial cornea for the ten million cornea blind in the world. This low- cost prosthesis is still manufactured and daily implanted in India, and was honored with the Wubbo Ockels innovation prize in 1994. That very same year he published the first and only article on serendipity in the British Journal for the Philosophy of Science. In 2000 he won the satiric Ig-Nobel Prize for medicine for his iconoclastic MRI-scans of the human love act, called ‘Love between the magnets’. His pet sin, collecting and analyzing serendipities became ‘Ernst im Spiel’. He is regarded as ‘serendipitologist’,, and, as a medical maverick, he is now finishing his thesis ‘Serendipity at Work’. He’s still giving lectures, courses and master classes on serendipity in the US and Europe for university (PhD) students, investigators, and managers of respectable companies.

Peter Claes has obtained a PhD in engineering in June 2007, within the field of medical image computing under the supervision of Prof. Paul Suetens and Prof. Dirk Vandermeulen at the KU Leuven, Belgium. During his PhD he developed a computer-based craniofacial reconstruction approach for victim identification purposes. After his PhD, he established his own research trajectory and vision, with fundamental interest in pattern recognition and predictive modeling within computational imaging and biology.

Felice and Yue are husband and wife. He is Italian and She is Chinese, yet they have one thing in common: they are both passionate food lovers and precisely, slow food lovers. Together they had started Slow Food Leuven convivum in pro- moting clean, fair and good food and the conviviality of slow eating. 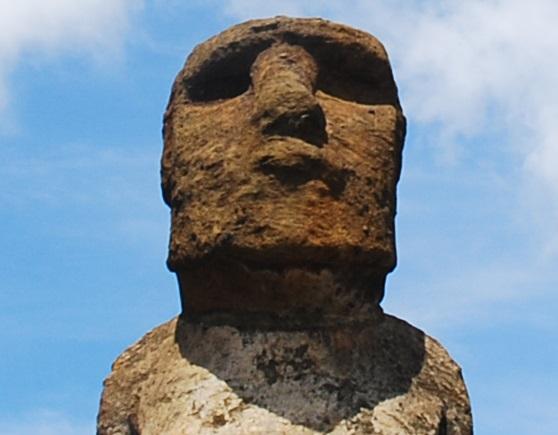