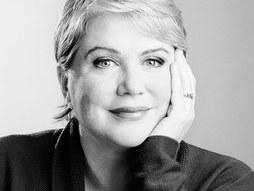 Julia Sweeney is a writer, director, actress, comedian and monologist. She is known for being a cast member on Saturday Night Live from 1990 to 1995, where she created and popularized the androgynous character, Pat. She is also well known for her comedic and dramatic monologues. God Said Ha! is a monologue about serious illness, her brother's lymphoma and her own cancer, and her family's crazy reactions to this crisis as they soldiered their way through struggle, confusion and death. This play was performed all over the U.S. and on Broadway at the Lyceum Theater. It was made into a film produced by Quentin Tarantino, and the comedy album from the show was nominated for a Grammy.

Sweeney's second monologue, In the Family Way, played in theatrical runs in New York and Los Angeles. It was ultimately fashioned into a book, a memoir titled If It's Not One Thing, It's Your Mother. Sweeney's third monologue, Letting Go of God, chronicled her journey from Catholicism to atheism. It was made into a film that played on Showtime.

“Without breaking her affably conversational tone, in "Letting Go of God," she inhabits the emotional memory of each step on her path.” — New York Times 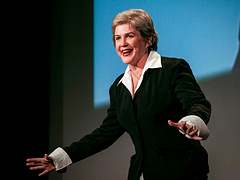 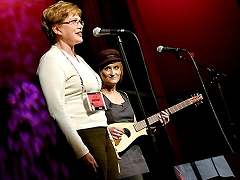 The Jill and Julia Show 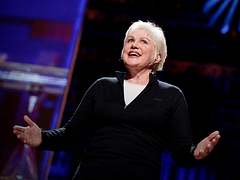 It's time for "The Talk"

As told to Aunt Bonnie: Julia Sweeney wraps up TED2014

In a naked grab for the new TED/XPRIZE, Julia Sweeney has spent the last day and a half building an AI. It rolls onstage to give a convincing simulacrum of a TED Talk — until Sweeney herself runs out from backstage to chastise the rogue intelligence. She’s actually here to wrap up TED2014, in her […]