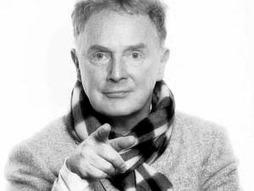 Malcolm McLaren provoked reaction. He's probably best known for creating the Sex Pistols in 1976, arguably the first globally popular punk band. Deliberately confrontational and political (in both lyrics and style), the Sex Pistols drew on powerful undercurrents of crankiness, anarchy and dissatisfaction with '70s Britain -- and with one album, two hit singles and a stopped-short US tour, fired up a global movement that continues to this day in myriad forms. Music heads will know that McLaren's next stop was to manage Adam Ant, while cutting away Ant's original band and turning them into Bow Wow Wow.

McLaren's restless mind then turned to early hip-hop, with its mixing, collaging and powerful shared creativity. His singles "Buffalo Gals" (which mixed scratching and square-dance calling) and "Double Dutch" were early steps at making hip-hop as ubiquitous as punk. And he was championing 8-bit music -- at the intersection of music and videogame culture -- as early as 2003.

As a film and TV producer, McLaren co-produced the film Fast Food Nation and made the TV special The Ghosts of Oxford Street, as well as presenting Malcolm McLaren's Musical Map of London and Life and Times in LA. His ambitious "sound painting" in 21 parts, Shallow, premiered at Basel and was then projected over Times Square in 2008. His last film, Paris: The Capital of the 21st Century, montaged ideal images of Paris in advertising to examine the intersection of art and commodity.

At heart, McLaren was a Situationist -- believing that provocative actions are the best way to change minds. McLaren died in April 2010. In his funeral cortege, a stunning floral blanket read: "Cash from Chaos."

McLaren gave this talk at the Handheld Learning conference in October 2009; to learn more, visit the parent conference, Learning Without Frontiers. 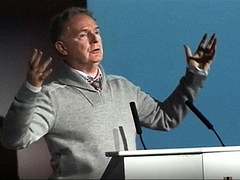