In the concise space of less than 100 pages, How We’ll Live on Mars delivers an elegant overview of the history, science, and technology relevant to Martian colonization. But more than a technical primer, Petranek’s new book is a manifesto.
Gizmodo How We'll Live on Mars

by Stephen Petranek
It sounds like science fiction, but award-winning journalist Stephen Petranek considers it fact: Within 20 years, humans will live in Mars. We’ll need to. In this sweeping, provocative book that mixes business, science and human reporting, Petranek makes the case that living on Mars is an essential back-up plan for humanity, and explains in fascinating detail just how it will happen.

Your kids might live on Mars. Here's how they'll survive

Available in hardcover and Kindle

Available in hardcover and NOOK

Buy from your favorite indie bookseller Living on Mars is not just possible, it’s inevitable. The race is on. Meet the fascinating characters engaged in the big-money, high drama effort to put the first humans on the Red Planet. Private companies, driven by iconoclastic entrepreneurs such as Elon Musk, Jeff Bezos, and Sir Richard Branson, and by the Dutch space mission Mars One, are competing with NASA and several other foreign government space agencies to plant the first stake on Mars.

It sounds like science fiction, but within twenty years, humans will live on Mars. We’ll need to. In this sweeping, provocative book, award-winning journalist Stephen Petranek makes the case that living on Mars is an essential backup plan for humanity and explains in fascinating detail just how it will happen and what the very real risks could be.

Why go to Mars? Life on another planet has potentially life-saving possibilities for everyone on Earth. Depleted water supplies, overwhelming climate change, and a host of other disasters all loom large. We must become a spacefaring species to survive. Shockingly, we have had the technology to get humans to Mars for more than thirty years. Now, we have within our grasp the knowledge to convert Mars into a habitable planet.

How We’ll Live on Mars takes the reader from deep history to fantastic future; from the exciting early days of rocket development to the next gold rush of asteroid mining. Petranek weaves the landing on Mars into the great narrative of human exploration, ultimately proving that living on Mars isn't just our dream, it's our destiny.

When the first humans set foot on Mars, the moment will be more significant in terms of technology, philosophy, history, and exploration than any that have come before it...we will no longer be a one–planet species.

"Whether a Mars colony turns out to be a utopia or dystopia, and whether it could start in as few as 20 years, it seems clear from this energetic little book that a colony there is now a real item on commercial agendas. In which case, Petranek is right: the time to think is indeed now."

Read a Q&A with Stephen Petranek on The Daily Beast: "The Red Planet"

As seen in The New Yorker: "Project Exodus: What's behind the dream of colonizing Mars?"

In The Telegraph: "Life on Mars: when will humans live on the Red Planet?"

Read an interview with Stephen in Air and Space Mag: "The Next Jamestown"

Stephen Petranek’s forty-year career in the publishing world is marked by numerous prizes and awards for his writings on science, nature, technology, politics, economics, and more. He has been editor in chief of the world’s largest science magazine, Discover, editor of the Washington Post’s magazine, founding editor and editor in chief of This Old House magazine for Time Inc., senior editor for science at LIFE magazine, and group editor in chief of Weider History Group’s ten history magazines. His first TED Talk, "10 Ways the World Could End", has been watched more than one million times. He is now the editor of Breakthrough Technology Alert, for which he finds the investment opportunities that aim to create true value and move the human race forward. 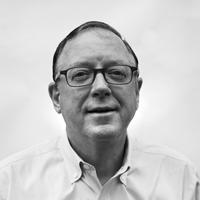