A lovingly crafted podcast that reveals the stories behind the world's most recognizable and interesting sounds. 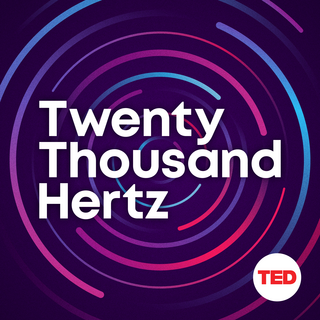 Dallas is the host of Twenty Thousand Hertz and Creative Director of Defacto Sound. Throughout his Sound Design career, he has led thousands of high-profile projects ranging from blockbuster trailers and advertising campaigns to Sundance award-winning films and major television series. Dallas is a sought-after speaker at conferences, a regular contributor to major publications, and a respected thought leader on the narrative power of sound.

I feel like Twenty Thousand Hertz was made in a lab just for me. It’s a smart, sound-rich, and fun deep dive into the extraordinary stories behind the sounds around us.
Roman Mars, Host of 99% Invisible

Every show stands alone and reveals something about the world that you’ve probably never thought about.
The Pitch