I wish my artwork could persuade millions of people to join a global conversation about sustainability.

I wish we could launch a ground-breaking competition that motivates kids to invent new ideas in sustainable living.

I wish I could create an IMAX film that would make my work accessible to a broader audience.

Create a website to raise awareness about environmental issues in schools. Partner with media outlets to broadcast the information in schools and homes. Incorporate Burtynsky’s photography in a documentary film.

In 2007, Burtynsky’s wish launched as The GREENS, a web site for kids about environmental issues. The site featured action-oriented blogs, games and original animations. It is syndicated through PBS and TV Ontario and has won a Parents Choice award and a NAPPA Gold award. In 2007, Burtynsky worked with Jennifer Baichwal to release “Manufactured Landscapes” a documentary that features his photography.

2005 TED Prize winner Edward Burtynsky has made it his life's work to document humanity's impact on the planet. His riveting photographs, as beautiful as they are horrifying, capture views of the Earth altered by mankind. Learn more about Edward 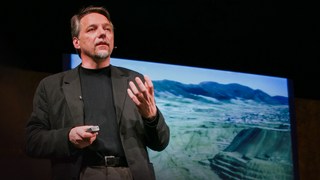