Help us spark a global movement to record and preserve meaningful conversations with one another that results in an ever-growing digital archive of the collective wisdom of humanity.

For Dave Isay, listening is an act of love. He wants everyone to experience the power of having their story heard. That’s why he founded StoryCorps, an archive of interviews between everyday people. StoryCorps began in a booth at Grand Central Terminal in New York, and quickly became a hit. StoryCorps mobile booths started traveling across the United States, in search of diverse voices. But Dave sees potential to expand further. With the StoryCorps.me app, anyone can record an interview, anywhere. The app provides easy-to-use tools to prepare questions, tag interviews, and instantly upload recordings to the Library of Congress’ American Folklife Center. The goal: to widen the scope of the largest collection of human voices.

Since its launch in March 2015, the StoryCorps.me app has been downloaded more than a million times. Users have uploaded 92,000+ stories – double the number of interviews recorded in StoryCorps’ first ten years of existence.

About half of these new interviews were created as part of the first Great Thanksgiving Listen. Over the holiday weekend in 2015, StoryCorps worked with teachers across the US to encourage students to interview an elder and preserve a generation of voices in a single weekend. The initiative helped StoryCorps establish partnerships with several national education organizations, and with many of the nation's largest school districts. #TheGreatListen was highlighted on Google’s homepage, promoted by 50 NPR stations and featured in both the Apple and Google app stores. The Great Thanksgiving Listen is now an annual event.

StoryCorps.me users can record interviews year-round, though. Two app interviews have been featured in StoryCorps’ weekly NPR segment: a couple talked about online dating in 1964, and a daughter talked openly with her mother about dementia. Groups have used the app to document environmental disasters in their communities, share the experiences of undocumented Americans, and encourage the inclusion of women’s voices in business and government. StoryCorps is continually releasing new versions of the app to improve the user experience and ensure a better interview experience for all.

Over thousands of archived and broadcast interviews, StoryCorps founder Dave Isay — winner of the 2015 TED Prize — has created an unprecedented document of the dreams and fears that touch us all.
Learn more about Dave 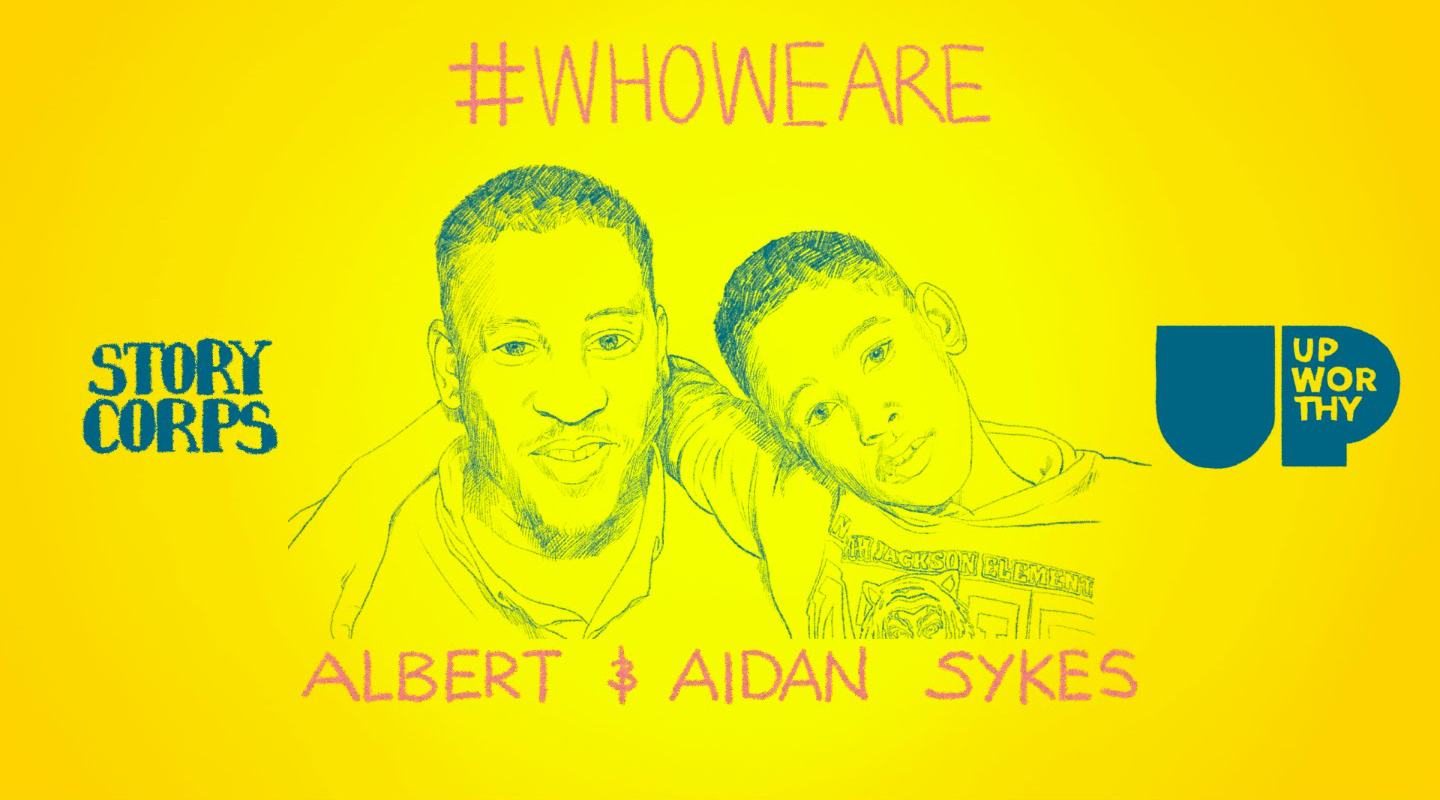 In the lead-up to the presidential election, StoryCorps celebrates #WhoWeAre

If you head to Google.com today, you might notice something interesting underneath the search bar: an invitation to watch a series of animations called #WhoWeAre. A collaborati... 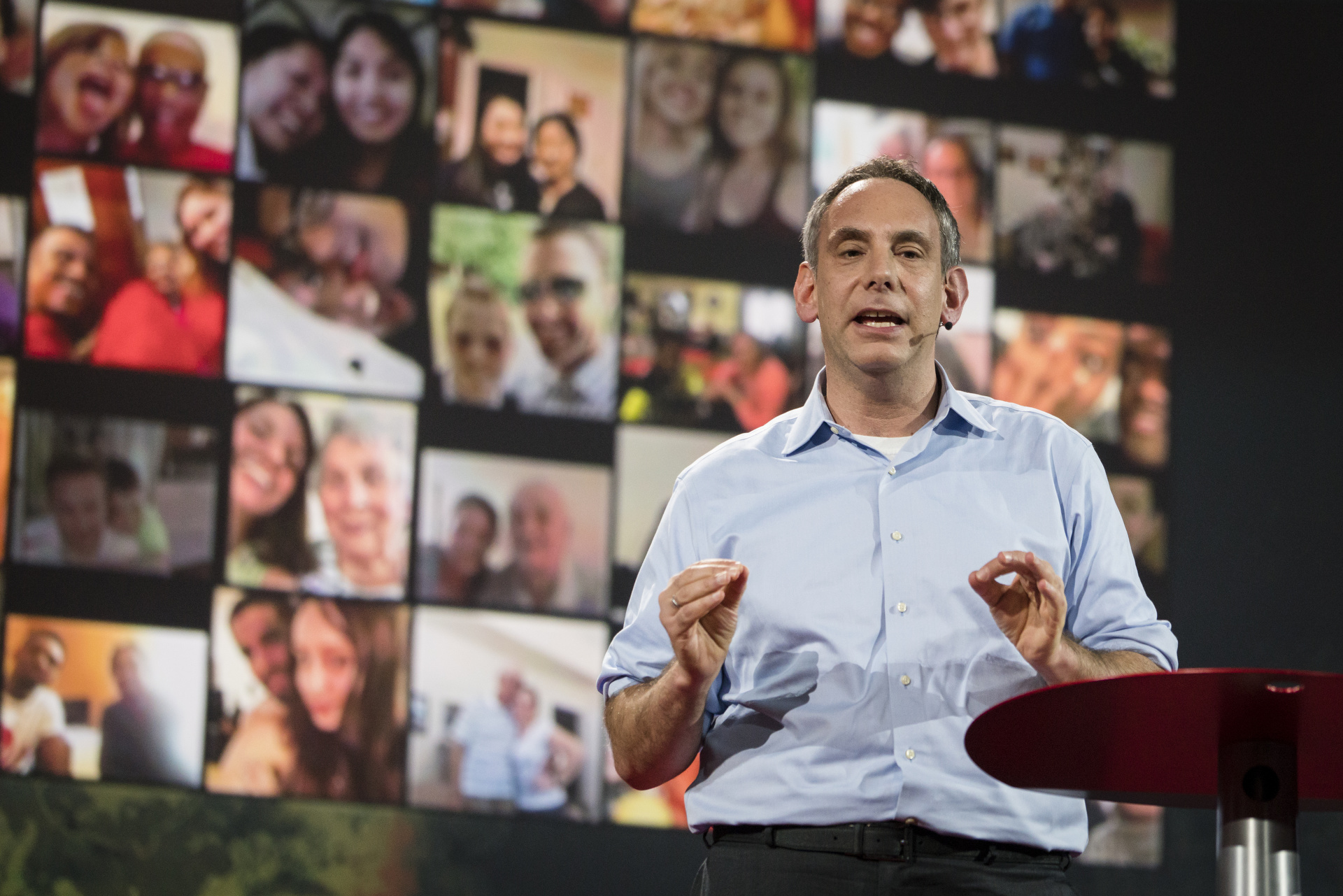 One year, 81,000 stories: StoryCorps celebrates the anniversary of its app

Teenagers. They’re not exactly known for their listening skills. But over Thanksgiving weekend of 2015, high school students across the United States sat down with elders and a... 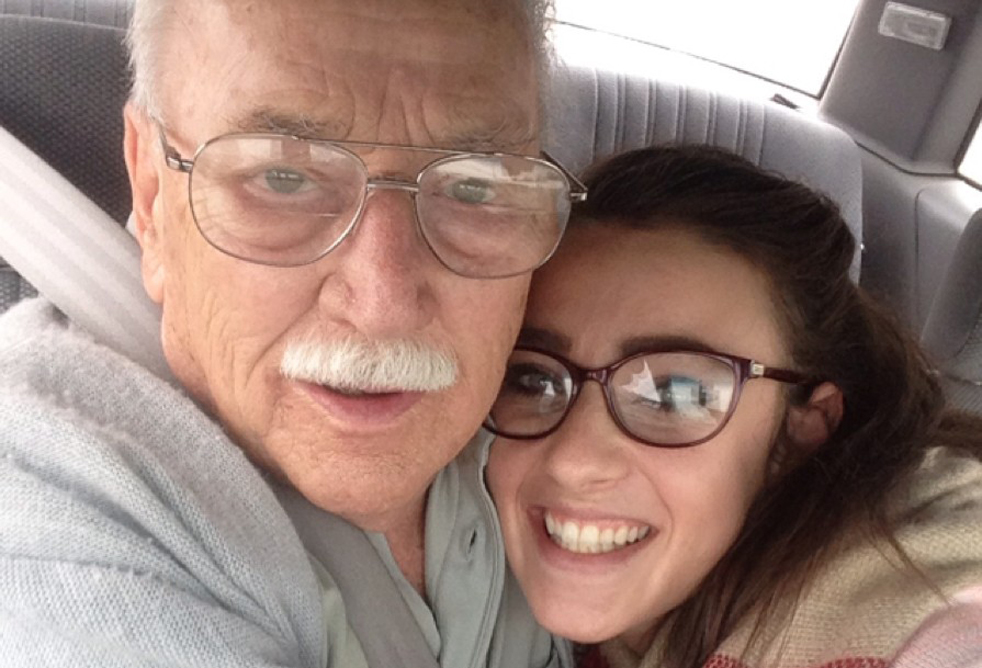 “Grandparents tell the best stories”: Get ready for the Great Thanksgiving Listen

James Kennicott’s life advice for his granddaughter: “Just roll with it.” The two recorded an interview using the StoryCorps app while sitting in an Applebee’s parking lot. Sto... 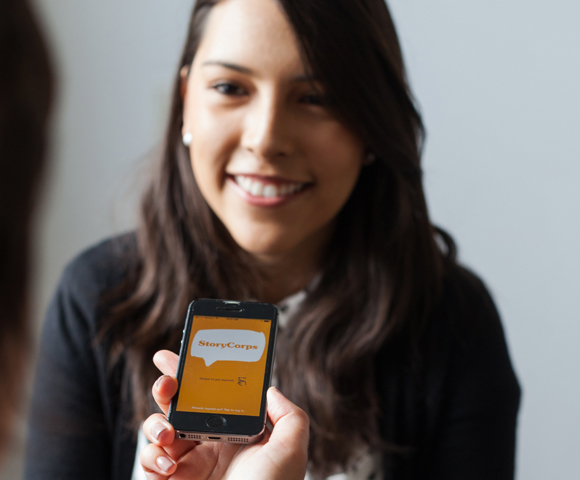 How telling stories can transform a classroom

When students conduct StoryCorps interviews, teachers say it can “reorganize the ions of a class.” Photo: David Andrako, courtesy of StoryCorps Caitlyn, a quiet seventh grader...
See all StoryCorps news 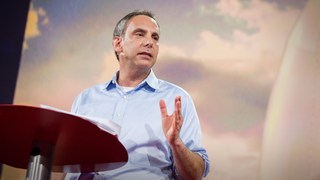 Hear more about StoryCorps in this conversation between Dave Isay and his nephew. Inspired? Make history: Interview an elder for the Great Thanksgiving Listen.