I wish that we will work together to help create the key tool that we need to inspire preservation of Earth’s biodiversity: the Encyclopedia of Life.

Create an online encyclopedia with a webpage for every species containing articles, photos, maps, data and links to communities. Develop a platform where users can find trusted, consolidated information from resources around the world. Become a critical component of the global bioinformatics infrastructure for researchers, citizen scientists and bio-friendly communities.

In 2014, the Encyclopedia of Life (EOL) has grown to include information on nearly 1.4 million species out of the 1.9 million species recognized by science, and has expanded to serve more than 5 million unique visitors a year. In January 2014, to support the needs of the global research community, EOL launched TraitBank™ - a searchable, comprehensive, open digital repository for organism traits, measurements, interactions and other facts for all species. EOL now works with nearly 300 international content partners and countless individual scientists to provide global access to knowledge about life on Earth.

Biologist E.O. Wilson explores the world of ants and other tiny creatures, and writes movingly about the way all creatures great and small are interdependent.
Learn more about E.O 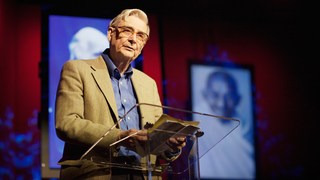 My wish: Build the Encyclopedia of Life