I wish that you would help with the creation, launch and propagation of a Charter for Compassion, crafted by a group of leading inspirational thinkers from the three Abrahamic traditions of Judaism, Christianity and Islam and based on the fundamental principles of universal justice and respect.

Compassion isn't just a warm feeling. Religious scholar Karen Armstrong sees it as an urgent, global imperative. With the 2008 TED Prize, she called for the creation of a Charter for Compassion, a document with the Golden Rule at its ethical core. Designed to unite people globally, the charter was drafted by a diverse set of religious leaders and launched in November 2009 to inspire people around the world to restore compassion, empathy and kindness to the center of life.

The Charter for Compassion has sparked a global movement. Since its launch, more than 125,000 individuals have signed the document -- including Pope Benedict XVI, the Dalai Lama, Desmond Tutu, Deepak Chopra and Muhammad Ali -- and more than 400 organizations have become partners. Charter partners have created a Compassionate School Network in Pakistan, started an annual Dutch Compassion Award, and founded a research center at Stanford University that's showing businesses why compassion is good for the bottom line.

In 2010, the city of Seattle, Washington, became the first city to sign the Charter and spearheaded the Compassionate Communities Campaign, with cities around the world pledging to focus on open dialogue, understanding and inclusion. More than 70 cities and 300 communities across 45 countries are now participating. In May 2013, the Dalai Lama called this campaign one of the most important activities on the planet.

In 2014, a group of Global leaders -- known as the Global Compassion Council -- established Charter for Compassion International (CCI) to reflect the far-reaching impact of the Charter and continue work spreading its mission.

Karen Armstrong is a provocative, original thinker on the role of religion in the modern world.
Learn more about Karen

News from the Charter

The TED Prize’s Charter for Compassion reached Pope Benedict XVII this week, just days before the Pope announced to the world that he would be resigning. A plaque engraved with ...

With a little help from Dave Stewart, actor Djimon Hounsou reads the stirring words of the Charter for Compassion. As it plays, onscreen, visit some of the places around the wo...

Peter Storey: "The World’s Cup runneth over with compassion"

In the Washington Post today, Peter Storey, one of the architects of the Charter for Compassion, shares his thoughts on the eve of the World Cup in his home of South Africa. Jus...

When Karen Armstrong was given one wish to change the world through the TED Prize, she wished for the creation of a Charter for Compassion. On November 12th, the charter was un...
More news 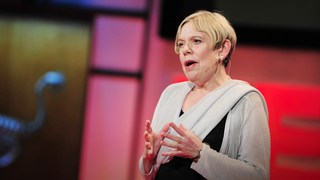