In collaboration with TED, the Lincoln Motor Company launched the “Reimagine Project,” a program dedicated to honoring – and funding – culturally progressive and visionary individuals at the cusp of their careers. Working with TED Fellows and TEDActive, Lincoln reinforced their reputation for creativity and began cultivating their own community of like-minded innovators.

The TED and Lincoln partnership harnessed the dynamism of three TED initiatives in order to kickstart the vision behind the Reimagine Project, Lincoln’s initiative to support pioneering thinkers in the arts, design, and innovation. Using the TED Fellows network, a project launch among the passionate, energetic community at TEDActive 2013, and a video premiere at TED@250 (our in-office TED-style salon), Lincoln was able to firmly establish themselves at the forefront of a trailblazing design community.

The partnership began when a panel of TED Fellows nominated three individuals to embark on year-long projects with Lincoln’s support in the areas of sustainability, technological ecosystems, and music. The selected artists went on to show their projects in an interactive space at TEDActive.

At TEDActive 2013, Lincoln hosted the House of Design, a Lincoln-branded space debuting the interactive work of all three artists: Aurora Robson, Andy Cavatorta, and Gilberto Esparza.

Three months later, after a night of design-themed talks at TED@250, TED, Lincoln, and artist Andy Cavatorta unveiled a series of videos that profiled the three artists chosen for TEDActive. The artists’ time at TED – and the resulting short documentaries – was integral to the launch of the Lincoln Reimagine Project. 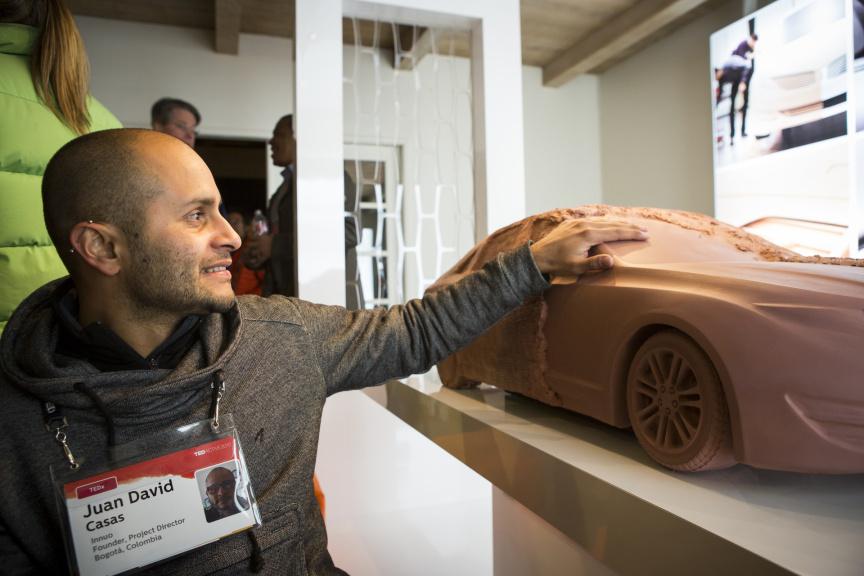 A TED attendee explores at Lincoln's House of Design

Below are the three artists and their projects:

Aurora Robson (Project Vortex): This collective is reimagining the world of art and design by using plastic debris that would otherwise go to waste. Robson asked TEDActive attendees to giver her the plastic packaging form their gift bags, which she used as a medium to create an ethereal, floating sculpture.

Gilberto Esparza (Auto-photosynthetic plants): Gilberto uses electronic media and robotics to research the impact of technology embedded in everyday life reimagining recycling consumption intertwined with technology. For TEDActive, he created a futuristic symphony made from plastic tubes, an iPad, and bacteria. 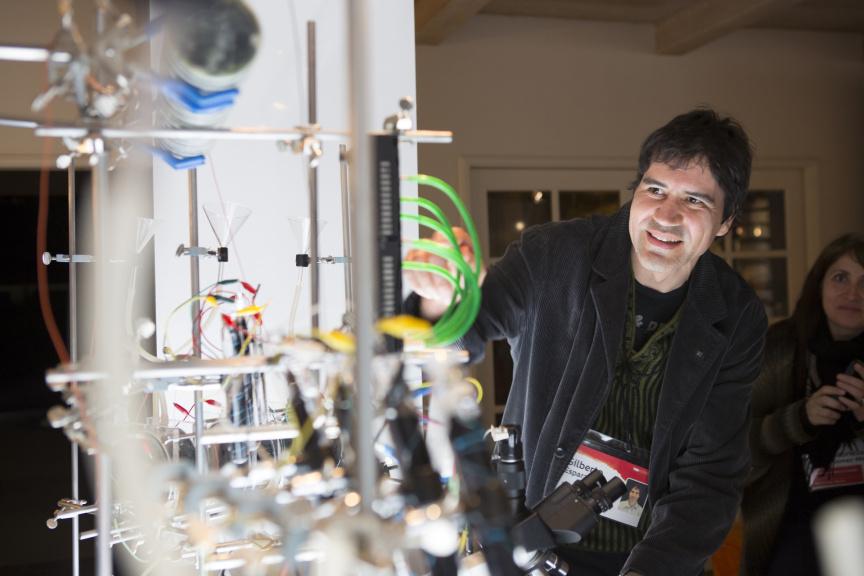 Why these three? Because they turn upside down the traditional ways we imagine music, sculpture, and even recycling. The Lincoln Reimagine Project resonated deeply with TED’s community of thinkers and doers. We were thrilled to have partnered on such an exciting initiative – one that offered fresh perspectives on art, technology, and design.

How to connect: Email Lisa Choi Owens - Head of Global Partnerships, at partnerships@ted.com.